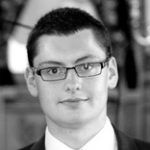 The study of the European Union (EU), as we all know, is a commitment to a particular set of theoretical attachments as much as it is an interest in the institutions within the region of Europe. Terms such as ‘multi-level governance’, ‘supranationalism’, ‘neofunctionalism’ and ‘liberal intergovernmentalism’ are seldom deployed outside of European Studies, or even within the disciplines from which they developed. We see these theories as tools to help us understand the functioning of the EU; quite understandably, of course. But to limit the application of European Studies approaches to the EU alone – whilst making intuitive sense – may do a disservice to the insights of these theories.

It is here that I must admit to not being a “European Studies” person. I consider myself first and foremost a student of “International Relations” or “IR”. Yet while researching my topic – the ‘special relationships’ of the United States (US) – I was struck by the extent to which I was relying on theories and concepts drawn from scholars within European Studies. Disproportionately so, in fact. In my attempt to understand the complex domestic politics of these relationships I realised that it was only within European Studies that the linkages between domestic and international politics were being studied with the appropriate tools.

I found that many questions that IR had asked – and some it had failed to ask – were being worked on within European Studies, and the answers were extremely useful. European Studies research has, for example, addressed the relation between political traditions and international conduct, shown the importance of party ‘types’ and ‘families’ in foreign affairs, traced ‘policy positions’ on foreign affairs issues over time, illustrated how these interact with domestic constitutional constraints, and finally – through the invocation of the ‘two-level games’ metaphor – demonstrated the importance of domestic politics from a relational interstate perspective.

I am not trying to say that IR has not dealt with some of these questions, but what is striking about the European Studies approach to domestic-international linkages is the increased rigour that is afforded by the wholesale embrace of the Comparative Politics approach. Whilst prior to the 1990s the study of the EU was seen as the legitimate remit of IR, this view came under increasing challenge, not least from scholars, such as Simon Hix, who argued for a wholesale incorporation of concepts and theories drawn from Comparative Politics. This strategy was, as we now know, remarkably successful, which the dominance of Comparative Politics approaches within European Studies attests to.

In accounting for the success of Comparative Politics approaches within European Studies, the most common explanation offered is the sui generis nature of the EU itself. Advocated of this argument, which I label the ‘exceptionalist thesis’, claim that the increasingly dense institutional architecture of the EU necessitates that we rely increasingly on insights from the study of domestic political systems. As the EU has moved beyond interstate interactions, so we need to move beyond IR theory. There is, to be sure, a degree of truth to this claim. Yet there are problems too. States are still very important actors within EU politics. Moreover, many of the applications of Comparative Politics to the EU have addressed the politics of the member-states, not simply of the European Parliament.

How can it be that Comparative Politics approaches work so well even after we acknowledge the importance of the member-states in explaining outcomes at the EU level? I argue that the success of these theories is less the result of the EU’s ‘state-like’ features and more to do with their ability to tap into the regularities that occur at the nexus of domestic politics and international relations. That is, they help us to understand many of the regularities of inter-state relations that, ironically, IR has struggled to adequately address.

This is, I hope, a positive message. The theories and concepts favoured by European Studies have a far broader explanatory power than is perhaps commonly imagined, opening up a more expansive research agenda for European Studies scholars. For students of IR, myself included, the benefit of engaging with an already well-established literature on domestic-international linkages is the potential for a greater understanding of our own subject matter.

This article arose from Ben’s paper, ‘For a Global European Studies? Domestic Politics, International Relations and the Myth of European Exceptionalism‘, which he presented at the New Horizons in European Studies conference,  Aston University, Birmingham (24-25 April 2014)