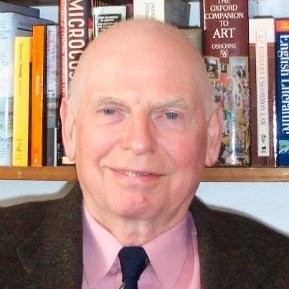 Like many scholars with a Scots ancestry Malcolm was a lifelong Francophile. This love of France guided his scholarly activities, his marriage to Jacqueline and his decision not only to live in France but to adopt French citizenship.

In his period as chairman of UACES (1984-88), Malcolm had a profound impact. This impact owed a huge amount to his easy familiarity with France. Malcolm had very close relations with Emile Noel and Jacqueline Lastenouse at the European Commission. These contacts were to prove useful later in persuading Jacques Delors to accept an Honorary Doctorate during the Edinburgh European Summit in 1992. The study of European integration had taken a dip in the eighties and Lastenouse and Noel together with Malcolm came up with the idea of the Jean Monnet initiative. This initiative transformed the study of European integration in Britain and elsewhere. His high status was reflected in him becoming the First President of ECSA in 1987 on the recommendation of the Commission

When Malcolm was appointed to the Chair of Politics in Edinburgh he also took over the acting Directorship of the Centre of European Governmental Studies (1981-86). It had been founded by John Mitchell (a cofounder of UACES) as the first institute in Britain to study the European Community. After the death of John Mitchell, the Centre suffered from the declining interest in European Integration in the early eighties. John Mitchell had transferred the Centre from Law to Social Sciences. Malcolm shrewdly transferred the Centre back into Law and David Edward became the Salvesen Professor. Under David’s aegis the Centre changed its name into the Europa Institute to bring it more closely into line with its European Counterparts.

Malcolm was the crucial link between the founding fathers and the new generation of European scholars. We owe him an immense debt for maintaining UACES in the fallow years, for his role in establishing the Jean Monnet Initiative and for his careful stewardship of the Europa Institute.

Malcolm had a wide range of publications. His focus gradually changed from French history and politics to the study of the police. Here he made a pioneering contribution with an innovative group he established in Edinburgh in the early nineties on policing and Europe (Anderson, M et al, Policing the European Union:Theory Law and Practice, OUP, 1995) and a magisterial volume on the history of the Police in France (In thrall to political change: Police and gendarmerie in France, OUP, 2011)

The letters I have received in recent days stress Malcolm’s kindness to young scholars. He also played a key role in encouraging female scholars, for example, he was the external assessor for Brigid Laffan’s appointment at UCD. We shall greatly miss his gentle presence and wise counsel.

Salvesen Professor and Director of the Europa Institute 1990-94