Marzia Maccaferri is based at the School of Politics & IR, Queen Mary University of London. Her research intersects intellectual and European history with political theory. Currently, she is working on the reception of Gramsci’s Notebooks into British Cultural Marxism; she also studies the discursive recontextualization of populism in contemporary Italy and Britain. 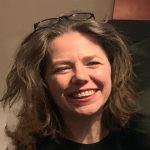 Eurocommunism’s influence upon the Left imagination was as a significant moment as a very short-lived phenomenon. Conventionally considered an attempt made by the three major European communist parties in the late 1970s to escape the constraints of the bipolar logic, it aroused a huge interest among academics and politicians, especially in the US. By the early 1980s, when in France and Spain the socialists eclipsed the communist parties and the Italian Communist Party had already ended the experience of the ‘national solidarity governments’ by returning to the opposition, Eurocommunist momentum had been mostly evaporated, leaving behind a large amount of literature, especially political sciences and foreign policy studies, but not a tangible political legacy neither at national and European level, or in terms of elaborating effective electoral strategies or policies.

The British episode occupies a very small place in the kaleidoscope of Eurocommunism’s interpretations; even the recent historiographical interest for ‘reform communism’, where the terms indicate a fragmented transnational set of concepts and practices aimed at criticising and modernising international communism from above, has not engaged with British case at all. Undoubtedly the British Eurocommunism did not contribute to the elaboration of the project or participated in any major conferences and discussions. Also, the interactions with the European sister parties were sporadic and ceremonial. In this sense, British Eurocommunism could appear as an ‘imported’ debate. Yet, if we consider Eurocommunism as an intellectual and political movement aimed at defining the legacy of the European criticism of the Soviet model by assuming civil and political rights as tenets of socialist ideals, British Eurocommunism has unquestionably a role in the story.

The use of archives is focal and the synergic analysis of historical primary sources in association with a reflection on their operationalisation is my core methodology. My goal is to anchor a traditional intellectual-history approach with a contribution to political theory, especially with reference to Gramsci’s category of hegemony. The underlying hypothesis is that parallel to emphasising hegemony as a major aspect of the culture/subculture and identity/civil society dyads, there was also an as yet unappreciated trajectory of Gramsci’s reflection on hegemony as a historical transformation, which I will reconstruct with my research. Within this context the role played by the Eurocommunist debate is pivotal. Reconstructing the different intellectual and political reading elaborated by the British Eurocommunist debate could highlight the overall complexity of the European project and pose new questions to the recalcitrant relationship between the British Left and the European idea.