During the decades of EU membership, British universities had opportunities for research and teaching collaboration, research leadership and additional income, along with mobility of students and staff. Their relations with their counterparts in Europe were distinctly positive and productive. The ‘take back control’ slogan of the Brexit campaign therefore did not resonate with academics and students, for whom, on the contrary, access to EU-wide resources, capabilities and talent signified empowerment and agency. Britain’s ‘re-bordering’ due to Brexit implied unwelcome national limits on what universities could do, and risked denting UK universities’ international reputation and strong global brand if the sector was to (perceived to) become more ‘insular’ and ‘inward-looking’. It also created dissonance with universities’ self-perception as international. It is therefore unsurprising that the university sector took a Remain stance and sought to outline the benefits of EU memberships prior to the 2016 referendum.

Between 2017 and 2019, Dr Papatsiba, with colleagues from the Centre of Global Higher Education, undertook a Research Council-funded study (award no. 540006) of the perceived effects of Brexit on higher education institutions in the UK. The study included 127 participants from twelve universities across England, Scotland, Northern Ireland and Wales. These participants were predominantly institutional leaders – senior university executives, administrators and academics —, with some student and governing council representatives. Their extensive experience in higher education and research, as captured in our data, provides insights into the complexities of the transition to Brexit and its far-reaching consequences for higher education.

Institutional representatives are positioned to provide the outside world with well-told, positive accounts of institutional strategy. Furthermore, fierce competition in the marketized UK higher education sector makes sharing institutional information a sensitive matter. It is therefore understandable that participants often seemed hesitant to expose their own institution’s vulnerabilities, resorting to figurative language suitable for opening conceptual spaces. Their metaphors can help us probe into aspects related to purpose, policy and practice in higher education, and the tensions they create in local, national and global contexts. Thus, further insights into the meanings that participants constructed for Brexit were sought through additional metaphor analysis. Some of this was undertaken by Prof Koller and Dr Papatsiba with the support of an UCAES micro-grant (£200).

The UCAES funding enabled research assistance for the computer-assisted analysis of metaphors in the interviews. Initial findings indicate the predominance of metaphors of physical movement (e.g. ‘access’) and associated representations of physical unity, extension and separation (e.g. ‘networks’, ‘insular’). Metaphors of directed movement can be associated with progress and goal orientation but also reveal concerns about being stuck, facing obstacles or having to retreat. Pro-Brexit discourse argued that Brexit would enable a shift towards a sovereign UK engaging confidently in a wider, more global network. The emergence of movement as the predominant metaphor across higher education sites and stakeholders enables us to interrogate underlying representations of a future Global Britain which earlier content analysis did not draw out with such clarity or strength. Universities, as one of the UK’s most successful global sectors, find themselves confronted with changing geopolitical and economic relationships, especially with geographically close and historically significant partners. Metaphor analysis offered original insights into UK university actors’ meaning-making processes, uncurated articulation of interests and dispositions to act amidst uncertainty, fear and hope. These are likely to offer blueprints for universities’ identity, positioning and outlook in Brexit Britain. 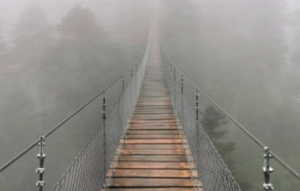 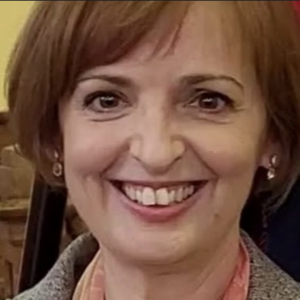 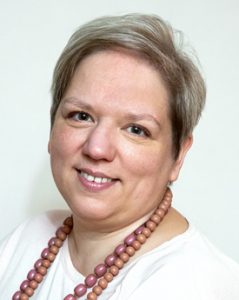 Veronika Koller is Professor of Discourse Studies at Lancaster University (UK). Her research covers political discourse, business communication, and language and sexuality, and her special interest is metaphor. Veronika’s publications include Discourses of Brexit (Routledge 2019, co-edited with Susanne Kopf and Marlene Miglbauer) and Metaphor and Gender in Business Discourse (Palgrave 2004).

Participation in the CEEISA Convention - A UACES Microgrant Report | Digital Interviewing on Digital Anti-Corruption Platform in North Macedonia | A Field Trip to Berlin to Better Understand the Role of NEMO | UACES Chair’s Message — May 2022 | Grappling With Online Interviews: the Costs of Confidentiality |