This field trip in Central African Republic (CAR) supported by the UACES Scholarship investigated the interactions among members of the international community in Bangui in the aftermath of the presidential and legislative elections of December 2020.

The last decades have seen an increase in the number of interventions in conflict and post-conflict zones led by the European Union (EU) either through its diplomatic services or its missions and operations. Almost mechanically, this created environments where the EU has to interact with other international and regional organizations. Although the focus of their mandates varies, these interventions share the overall goal of seeing the targeted country become more peaceful, in this case Central African Republic. Personnel working for these operations and missions have incentives to cooperate: share material and immaterial resources, avoid duplicating the work done by others, and integrate their projects to achieve more than they would do in isolation. However, what is reported by scholars and practitioners alike are instances of rivalries and misunderstandings. My dissertation uses complexity theories to describe those interactions and relies on interviews with personnel of those organizations done in headquarters and sites of intervention as well as surveys of those same actors to construct a network to map those interactions. The data collected in Bangui as well as in other cities (Brussels, Geneva, New York) will serve as the basis for my PhD thesis and related publications.

I did a first round of fieldwork in January 2019 in CAR and this second round conducted during the summer of 2021 illuminated how dissentions among the international partners of the Central African government deepen and transformed after the elections; questions on the role of the international partners and the width of the interventions came to the fore. During 5 weeks in Bangui, I was able to complete my data collection with interviews and survey answers from personnel working for the European Union and its components (EUTM, EUAM, delegation), United Nations and its agencies, African Union, Economic Community of Central African States and embassies and I met with experts as well as local and international journalists.

The richness of the data collected is incomparable to virtual interviews or to content analysis of official documents. One month in Bangui allowed me to meet with a wide variety of actors, but also to attend press conferences, policy briefings, and social gatherings where members of the expat community meet. This active participation in the social and professional lives of the international community in CAR gave me an intricate and broader understanding of the relationships between those actors.

In those troubled times in Bangui (curfew, increasing presence of security actors like the Wagner group, Covid-related restrictions), the financial support of the UACES helped to ensure my safety with additional security measures including safe transportation means through the city and a protected compound to live in.

Without the support of UACES, I would not have been able to conduct this second round of fieldwork, before going to be a visiting fellow at the MacMillan center in Yale University and hopefully pursuing an academic career. 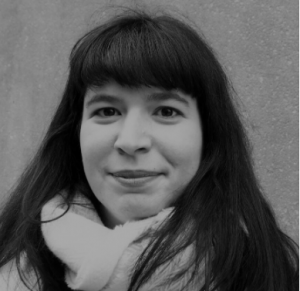