“The Changing Role of Citizens in Reforming EU Democracy”

This event was supported by funding provided by a UACES Small Event Grant (learn more and apply), the Queen Mary Institute for Humanities and Social Sciences (IHSS), and the Queen Mary Department of Law. The event contributes to the IHSS research theme on Democracy.

Aims of the Workshop

This academic-practitioner interdisciplinary workshop addressed the rising challenges of reforming EU democracy and increasing citizen involvement in EU governance. These challenges have become particularly tangible with the exacerbation of existential crises in the EU, which require swift executive action, often at the expense of genuine democratic deliberation and citizen input. 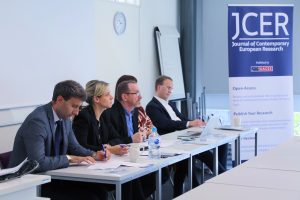 The aim of the workshop was to analyse and reflect on the evolving institutional position of citizens in EU governance. The interdisciplinary pool of speakers approached citizens not as passive recipients of rights, but as active participants in the shaping of EU decisions and policies. Aiming to assess the galvanisation of citizen participation “in the democratic life of the Union” (Art 10(3) TEU), this workshop concentrated on the nature, benefits and shortcomings of the different instruments of direct and participatory democracy at both EU and national levels. The workshop thus explored the emerging transnationalisation of citizens in EU public law.

We asked fundamental theoretical questions which remain understudied in the existing literature: Is the institutionalisation of citizens in EU public law a prerequisite for democratic legitimacy and an ‘ever closer union’ among the peoples of Europe? Is the transnationalisation and collectivisation of the citizens’ public power meaningfully possible beyond representative means? 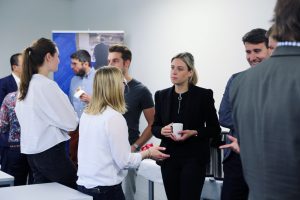 To answer these queries, the speakers examined recent initiatives and EU democratic reform proposals (e.g. the reform of the European Citizens’ Initiative, the increasing use of pre-legislative citizen consultations, democratic conventions, the growing use of referendums, the role of citizen petitions, and the civil society) and made an important academic contribution to this ongoing debate, which is only likely to continue.

By evaluating the reform of the concrete instruments of EU democracy, the workshop also contributed to important policy-related debates on how to improve citizen ownership of EU policy making.

VIEW THE MINUTES OF THE DISCUSSIONS

The speakers were all experts on the topic of citizens and EU governance. The panel composition sought to strike a balance between lawyers and political scientists, due to their common interest in this subject matter. The workshop also sought to bring together not only academics but also experts from think tanks (e.g. the Centre for European Policy Studies and the Democratic Society) and representatives of actual citizen engagement platforms (e.g. Hello Lamp Post).

VIEW THE MINUTES OF THE DISCUSSIONS 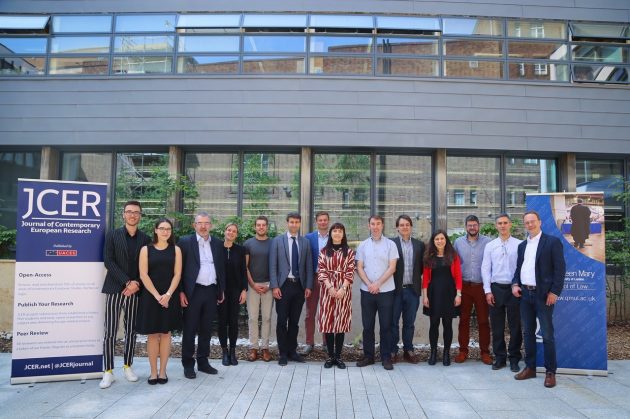 The event was divided in three panels. The first panel addressed the topic of direct democracy and direct citizen involvement in EU affairs via referendums and citizen consultations on the future of European integration. The second panel analysed EU participatory democracy from the perspective of the reform of the European Citizens’ Initiative, the role of the civil society, and the applicable case law of the European Court of Justice. The third panel approached the role of citizens in the decision-making processes of the EU from the perspectives of legitimacy and accountability and, as such, examined topics related to transparency and access to documents, pre-legislative consultations, and the role of citizen petitions to the European Parliament.

Each panel ended with an engaging discussion with the audience, in which students actively participated by posing questions and giving their own view. The students in attendance had excellent remarks to make and enriched the academic debate by providing an additional perspective on the political engagement of citizens in the EU.

The funding has made it possible to gather together eminent scholars (lawyers and political scientists) and policy experts who work on the topic of citizen participation in EU governance. This has helped to pave the way for collaborative plans for publications as outlined below.

The funding received has furthermore helped to establish new links and partnerships with foreign universities across Europe and think tanks, while consolidating those partnerships that have already existed.

The funding has been critical in terms of leadership in two ways. First, it has established QMUL as the centre of gravity for this important topic in EU affairs. Second, it has furthermore contributed to the promotion of democracy-related research of the Institute of Humanities and Social Sciences under its research theme on ‘Democracy’.

The funding has enabled a small scholarly group to produce novel academic arguments and new findings concerning citizen participation at the EU level. This research path is very promising and will result in original research results when the project reaches a more mature phase towards the end of this year.

The funding has furthermore facilitated the production of materials that are amenable to dissemination to the academic community and the wider audience (e.g. interested citizens, policy makers, civil society activists, employees of EU institutions working on matters of citizen engagement). 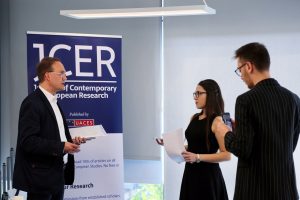 The funding has enabled cross-disciplinary networking among the participants, with a number of attendees discussing further avenues for joint work. It has also enabled students not only to attend and actively participate in the discussions but also to meet experts on the topic of the workshop and contribute to the creation of multimedia materials from the event.