Outline of the research

The UACES bursary enabled me to spend four weeks in Greece to conduct a series of interviews with political actors relevant to my doctoral thesis. The purpose of my research is to explain differences in reform implementation during the European financial crisis by examining two bailout countries: Greece and Ireland. To that extent, I am focusing on different domestic settings and reform environments these countries have, drawing upon policy process theories.

My thesis follows a qualitative comparative case-study design, with an in-depth content analysis of official documents/statements from key domestic policy actors and elite interviews, hence conducting fieldwork was crucial in extrapolating information. The purpose of my fieldwork to Greece was to talk with policy makers and interest group leaders who have been participating in reform processes as stakeholders and who had observed implementation processes closely. I was able to reach out to interviewees in Greece only as a result of UACES funding.

Description of the fieldwork

My fieldwork consisted of a four-week stay in Athens where all targeted institutions and political actors for the case of Greece are located. This was a good opportunity to pilot my interviews and questions with the Greek case, as I am more familiar with Greece and Greek politics from my previous studies and my current supervisor, so that I would become more experienced in conducting interviews for the Irish case. With UACES funding, I was able to book the flight to Athens, pay for accommodation and cover all my daily food and travel expenses.

I targeted more than 30 officials from the Greek Ministry of Labour, Social Insurance and Social Solidarity, Greek Ministry of Finance, Economic and Social Council of Greece (OKE), the General Confederation of Greek Workers (GSEE), from the Hellenic Federation of Enterprises (SEV), the Hellenic Confederation of Professionals, Craftsmen and Merchants (GSEVEE), the Hellenic Confederation of Commerce and Entrepreneurship (ESEE), the Greek Civil Servants’ Confederation (ADEDY) as well as some politicians, research institutes and journalists. During the four weeks, I managed to secure 20 semi-structured face-to-face interviews with the respective officials. Most of those interviews were recorded digitally. However some of the interviews did not prefer to be recorded and handwritten notes were taken instead. I had already selected a good number of them prior to the start of my fieldwork and pre-arranged some appointments. Once I arrived in Athens, I continued sending invitations and also managed to arrange some as a result of recommendation by my interviewees (snowballing). Due to the on-going election campaign, it was not easy to reach out interviewees from some political parties; however, the process was easier than I expected. Most of the actors were very open to talk except for a few who presented themselves in a more reserved way, or asked not to be directly associated with the information they provided.

Reflection on the outcome

Overall my fieldwork experience was extremely beneficial for my research and at the same time, it offered me an excellent hands-on training on the ground for conducting interviews. It was very useful for me to observe all of the institutional actors closely. This was illustrative for me to make sense of the domestic reform environment in terms of stakeholders’ input. Secondly, my fieldwork was instrumental for me to practice my interviewing skills alongside my Greek language skills. Thirdly, it was an amazing opportunity for me to meet and network with very interesting and influential people which was inspirational for my research. These would have not been possible without the bursary provided by the UACES. I am grateful for the support. 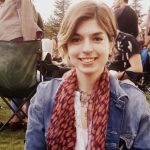 Nüve Yazgan is a PhD candidate in Politics at the University of Surrey, United Kingdom. Her research focuses on reform implementation processes in bailout countries during the crisis. Her research interests include political economy, public policy and Greek politics. She holds an MA in International Relations from Bilkent University, Turkey.