After more than three years of very stimulating and productive research collaboration, the UACES funded Collaborative Research Network (CRN) on European Energy, established in 2015, held its final formal gathering at the UACES Annual Conference in Bath in September 2018.

Since its launch, network members have delivered about forty-five research papers at various UACES Annual conferences (in Bilbao in 2015, at Queen Mary in London in 2016, at Krakow in 2017 and finally in Bath in 2018) and three UACES funded workshops have taken place (at the University of East Anglia in June 2015, at the University of Cambridge in December 2016 and at the University of Maastricht in April 2018).

Drawing on this research, it is anticipated that by the end of 2019, the network will have published one edited book (with Palgrave Macmillan, edited by Jenny Fairbrass and Pierre Bocquillon) and one Special Issue (edited by Anna Herranz, Israel Solorio and Jenny Fairbrass). 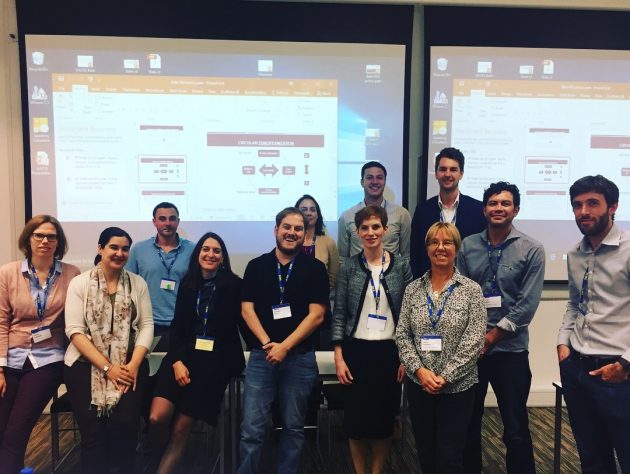 At the most recent event, the UACES Annual Conference in Bath in 2018, the UACES funded CRN on European Energy contributed two panels. These were the culmination of three or four year’s hard work. Both panels were assembled under the banner of ‘Diffuse Authority and Contestation in the making of the EU Energy Market’ and formed an important airing of a number of papers that are intended as contributions to the Special Issue mentioned above.

The first panel was led off by a paper given by Jenny Fairbrass, one of the co-convenors of the research group on behalf of her co-convenors, Anna Herranz-Surralles and Israel Solorio. This paper, entitled ‘Renegotiating authority in the Energy Union: A Framework for Analysis’ provides the conceptual framework that underpins the collection of papers designed to form the Special Issue. Two other papers were presented during the first panel and are also intended as contributions to the Special Issue. Sandra Eckert presented a jointly authored paper (with Burkard Eberlein) entitled ‘Private Authority and Regulatory Governance in EU Public Policy’. The third paper, ‘Nord Stream and the Energy Union: EU competences squeezed between Russian Geo-strategy, Local Business Deals and Competing State Interests, was presented by Anke Schmidt-Felzmann. The panel was chaired by Israel Solorio. Rosa Fernandez provided useful and insightful comments as the discussant for this panel.

The second panel offered two further papers. The first, entitled ‘Contested Energy Transition: Europeanization and Authority turns in EU renewable energy Policy’ was a joint paper written by Helge Jorgens and Israel Solorio and presented by Israel. The second paper was given by Claire Dupont called ‘Contested and Diffuse: Energy Efficiency in the Energy Union’. Helene Dyrhauge took on the role of discussant and offered some helpful and perceptive observations. 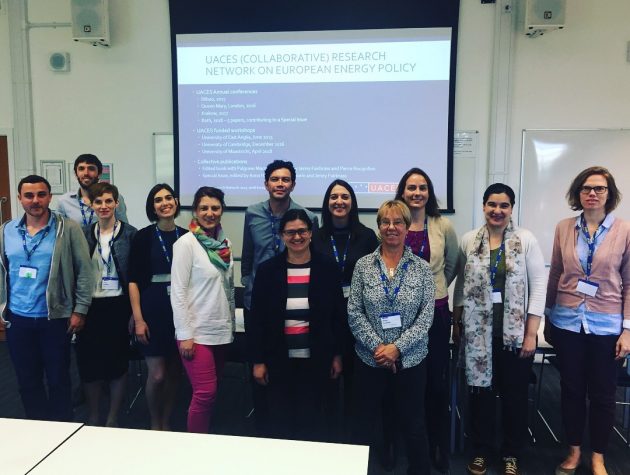 Both panels were well attended, mainly by the active membership of the UACES CRN in Energy Policy who have formed a strong bond over the past three years but it was also good to welcome some new faces to the group. The gathering in Bath felt like a true meeting of ‘old friends’ and provided an affable but constructively critical audience for the papers. We all hope the UACES Bath conference does not prove to be the ‘end of the road’, merely a ‘staging post’ to future collaboration in this lively area of EU public policy and policy-making.

Follow @crn_eu_energy to stay in touch with the network members