The UACES Best Book Prize is awarded annually for the book that has made the most substantial and original contribution to knowledge in contemporary European Studies. In 2018, the prize was awarded to Thomas Winzen (University of Mannheim) for his book Constitutional Preferences and Parliamentary Reform – Explaining National Parliaments’ Adaptation to European Integration (Oxford University Press, 2017).

In this interview, Prof. Dr. Winzen shares his motivations for writing the book, its intended contribution to the field and advice for early-career researchers interested in publishing their research.

When did you start becoming interested in how national parliaments adapt to European integration, and why? 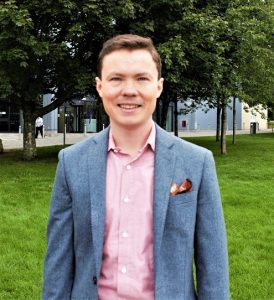 Thomas Winzen (TW): In general, I am interested in reforms that strengthen democratic accountability in the European Union. National parliaments are interesting in this context. While many studies regard them as the institutional losers of European integration, they have significant democratic potential at the same time. National parliaments are arenas in which governments have to justify and gather support for their European decisions. Of course, whether governments really do so depends on political incentives and institutions, such as oversight procedures that require the government to inform parliamentary parties about negotiations at the European level. The aim of my book is to understand how widespread such oversight procedures are across the member states and why they are stronger in some countries than in others.

I first became interested in national parliaments towards the end of my M.A. degree in 2009. At that time, I had mainly studied decision-making in EU institutions. I had recently completed a research stay and a number of interviews in the European Parliament, which taught me a lot about the relative transparency and political orientation of the parliamentary arena compared to executive bureaucracies. However, I also learned that the EP itself did not focus on holding individual governments accountable for their European policies. My interest in national parliaments then began with the question of whether anyone was holding national governments accountable for their choices at the European level.

What gap(s) in the literature did you hope your book would fill?

TW: The book begins from the observation that strong parliamentary oversight procedures, even if desirable in some respects, are puzzling. The creation of oversight procedures requires a decision by the parliamentary majority—that is, by the parties in government. Why would the governing parties impose oversight on their leaders in cabinet? Opposition parties should be more interested in oversight but lack the necessary voting power to initiate institutional reforms. How then do parliamentary decisions to adapt to European integration, by reforming oversight institutions, come about?

In my reading, the available literature had not fully resolved this puzzle. Some scholars focused more on contextual factors (e.g. popular Euroscepticism) than party incentives for institutional reform. Studies that did focus on the motivations of political parties argued that oversight procedures allowed coalition partners to monitor each other. Yet, these arguments seemed to overestimate the capacity of EU-specific parliamentary reforms to solve problems of domestic coalition management. In the search for an answer, I have come to think of reforms of oversight procedures as rather symbolic acts that express parties’ ideas of the right constitutional organization of the European multilevel polity—hence the reference to “constitutional preferences” in the book’s title. This means, for instance, that parties sceptical of federal ideas and the European Parliament should be likely to demand far-reaching national parliamentary reforms in response to European integration.

Which methodologies did you use?

TW: The centrepiece of the book is a comparative analysis of a cross-national and longitudinal dataset on parliamentary oversight institutions across the member states. However, the book also includes a case study of the Dutch parliament that relies on debate transcripts, resolutions, motions and other documents covering the period from the mid-1980s to 2012. Two chapters examine survey data in order to understand the constitutional preferences of individual members of parliament. Finally, one chapter offers a cross-sectional comparison of parliamentary reactions to recent reforms of Eurozone governance such as the creation of the European Stability Mechanism.

One of the judges (of the UACES Best Book Prize) predicts that “[t]his book will become the principal standard reference in the future literature on the role of national parliaments in the European Union”. Who do you hope reads your book? What kind of impact do you want it to have?

TW: The main audience of course are researchers interested in the mutual influences between European integration and national parliamentary politics. The book might also be relevant for anyone working on the evolution and change of democratic institutions in the European Union. Moreover, as the book engages with theories and evidence about institutional change in parliaments, it might be of interest to scholars studying legislative organization as well as parliamentary and party politics generally.

In terms of impact, one of the broader claims in the book is that institutional reforms—particularly in a normatively charged context such as reforms of democratic institutions in Europe—have substantive meaning for political actors beyond their strategic implications. As a result, constitutional preferences make an important contribution to explaining institutional outcomes.

A second conclusion of the book is that European integration leaves significant room for adaptation to domestic parties. Democratic shortcomings that we often attribute to the structural constraints of the integration process, such as weak parliamentary accountability, at least in part also reflect the decisions of these political actors to invest or fail to invest in institutional reforms. Whether we consider parties’ institutional choices as “right” or “wrong” of course depends on our own ideas of the appropriate design of the EU’s political system but, either way, we can hold parties accountable for these choices.

You completed your PhD relatively recently (2013); what advice would you give to early-career members of UACES looking to publish their research?

TW: Based on the one experience that I have now had with writing a book, I would say that there are advantages and disadvantages for early-career researchers to consider.

In terms of advantages, writing a book is intellectually rewarding. You can cover a question more comprehensively than in a set of articles. There are also career benefits. Colleagues and, indeed, hiring committees, in my experience, acknowledge the effort and expertise required for producing a decent book. As books are somewhat less frequent than articles, they also give you more visibility.

On the downside, writing a book takes a lot of time. I had to revise my manuscript extensively during the review process (thanks to OUP for bearing with me). Even though the book builds a lot on my PhD research, it took three more years until it came out in 2017. Of course, the unfortunate reality of our academic career structures is that most young researchers do not have time. If they focus exclusively on writing a book, they may end up having to apply for jobs without publications—some exceptional people would still get a job but most, including myself, would not.

Under the constraints of our current academic structures, I think a realistic strategy is to focus on publishing high-quality articles. If the articles begin to add up to an interesting argument and your current job gives you a 2-3 year window, I would recommend turning these articles and additional research into a book manuscript. 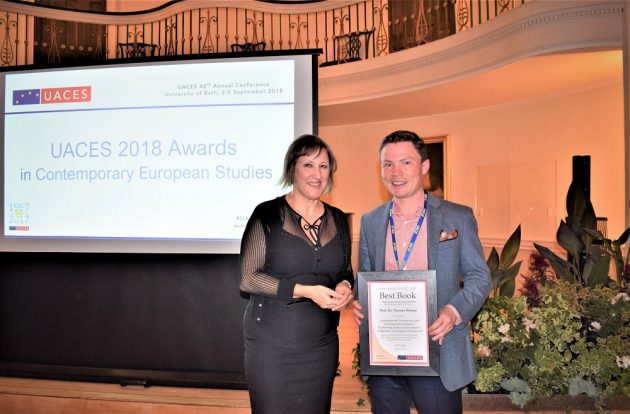