Egle is a Senior Lecturer in Law at Anglia Law School. Educated in Lithuania, Sweden and the UK, she specialises in European Union law, human rights, migration and legal education. 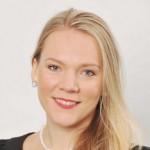 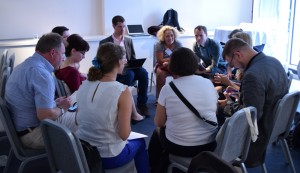 The 45th annual conference of the University Association for Contemporary European Studies (UACES) kicked off with the Teaching and Learning Workshop ‘Innovating Teaching and Learning: how, why and why not?’. After the interesting and well-attended opening panel, the first how-to group session on social media and blogging, led by Egle Dagilyte (Anglia Ruskin University), attracted both those who were interested to find out about how these social media tools could be used for teaching, as well as those who had experimented with some of them before and were very happy to share their experiences. Sadly, due to the limited workshop time, it was not possible to expand the discussion about blogging. Nevertheless, there was plenty of interest and debate about the best uses of Twitter. To pass on the collective wisdom, below is the advice and tips from UACES social media academic enthusiasts.

To begin with, it is important to let your students know that Twitter can be used not only for social interaction, which is what is commonly assumed by the ‘digital natives’, but also for professional exchange of knowledge, for following news that do not always appear on mainstream media and even for class preparation and exam revision. Thus, if used wisely, Twitter can be a great learning tool; however, any academics willing to engage their students in tweeting, first must break down any preconceptions and explain to students that Twitter is not ‘just another Facebook’.

In terms of integration of Twitter into teaching and learning, Marjolein Derous (Ghent University) shared her experience of using Twitter at Masters-level course on Theories of European Integration at Ghent University. Here, students were required to use the hash tag #TEItweet and link the news they found on current affairs to the integration theories taught on the course. This Twitter post was only one of the multiple submissions in the overall assessment regime, and marks were awarded against two marking criteria. Firstly, for the ability to link the news to the contents of the course; secondly, how well the link was made (how insightful the observation was) and how well it was expressed in 140 characters, which is a usual limitation of each Twitter entry. Marking all students’ submissions, on the tutor’s part, took approximately two hours. As Marjolein observed, the greatest benefit of using Twitter in such a way is that students must learn how to use language resourcefully, which is a skill they can acquire by thinking of the best way to record their ideas in 140 characters.

As this exercise had been running for the last two years, Marjolein was able to share some advice. She noted that there were some excellent Twitter posts, but also that some students were not very good (too short or too long tweets) or had preconceptions of Twitter as a merely social – rather than professional – knowledge exchange platform. In this way, anyone using Twitter for learning and teaching must be aware that this platform can make the gap between the engaged and the non-engaged students even larger than it exists in real life. Next to this, there are ethical dilemmas when setting up such an exercise, because students cannot be ‘forced’ to join Twitter. Thus, tutors may be required to provide an alternative medium of submission for those who wish to protect their privacy (e.g. via email).

Simon Usherwood, from University of Surrey, too, shared his experience of using Twitter for higher education. This was by way of encouraging his audience (students) to ask questions with the help of a hash tag during a lecture/workshop, which may be useful with large class/audience teaching. According to Simon, the key here is to have – besides the speaker – another person who would be responsible for reacting to all posts posted under that hash tag, as it is usually not practical (or possible) for the speaker to talk and answer Twitter hash tag questions at the same time. In Simon’s experience, students feel less self-conscious if they can send in questions via Twitter at public lectures, as compared to asking a question in the audience. Twitter hash tags also allow filtering the questions before they are posed to the speaker.

This type of engagement with Twitter could also be used for academic events, at the same time becoming an ‘evidencing system’ of the social online interaction for constructing further teaching and learning activities. In order to create such a permanent record of a Twitter hash tag use history, it is important to note/keep the tweets under that hash tag. According to Simon, the best way to do this is with the help of www.storify.com, which records the tweets permanently. Hence, Storify is very useful to record particular events and to keep the Twitter feed as a resource for students in the future.

Egle Dagilyte pointed to a number of law academics, who were using Twitter for exam revision with a set of hash tags. These included Matthew Homewood’s #EULawRocks (Nottingham University) and Mark Elliot’s #PublicLawExam (Cambridge University). These hash tags seem to have engaged law students, especially where the tutor was willing to point them to further materials, available on VLE or online (e.g. the tutor’s own blog).

One of the concerns raised at the UACES social media how-to workshop was how to make students aware that there existed a hash tag in a certain module or the course, in order to increase engagement on Twitter. David Nutt (University of Reading) drew the attendees’ attention to the fact that some VLEs, such as Blackboard and Moodle, allowed to include Twitter feed on the course landing page, so that non-Twitter users could also see what conversations happen on Twitter. This could be simple, yet effective, solution, especially if there is a lot of student engagement with the VLE.

There were a number normative questions raised by the workshop attendees about engaging on Twitter as a medium in the first place, or the ways in which such engagement is to be conducted. For example, Twitter is good for exposing students to critical thinking, as it shows that other people have views that may be different from students’ own. As it is an environment where the freedom of expression thrives, students come to know that all knowledge is biased in one way or another; they have to learn to accept and cope with such and environment. As workshop participants observed, in such a wide pool of opinion and information-sharing, it is difficult for tweeters to remain impartial, hence everyone is forced to choose and defend their own view, position, or research findings. Hence Twitter may be a challenging medium not only for students, but also for scholars, as it puts them directly in conversations with those they may be investigating in their research, or with research stakeholders and other scholars. This, of course, may come as a daunting public impact exercise and put off many to begin using Twitter. However, the attendees agreed that it is about becoming comfortable with discomfort, which is an important life skill that both students and academics can learn from tweeting.

Heidi Maurer (University of Maastricht) raised further questions that could form the basis for future workshops on social media in teaching and learning in European Studies. For example, what does it mean if on Twitter students only listen to people who have the same views as theirs? How does that impact their learning, communication and debating skills in public space? How would course leaders and tutors know that using Twitter is more beneficial for learning, as compared to the traditional teaching methods? Clearly these are the questions that need deeper exploration (and empirical data collection), which is a task for all those keen in improving teaching, learning, assessment and student experience in the field of European Studies. We look forward to exploring these and related questions in future UACES workshops and annual conferences.