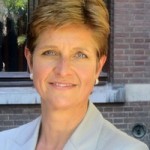 ‘This Time It’s Different’! This was the campaigning slogan for the official run-up ahead of the 2014 European Parliament (EP) elections. Voters were led to believe that these elections would be different. Not only would they be choosing the EP, but indirectly they also would select the next president of the European Commission. The leading candidates of the political groups crisscrossed Europe for weeks to address rallies in an attempt to transform the European elections into a genuine contest over competing political agendas. After the elections, former Luxembourg PM Jean-Claude Juncker, the candidate of the European People’s Party which won the most seats, was elected with a majority of 422 votes in a secret ballot as President of the new European Commission.

But was this something genuinely different? The European Commission, previously often seen as the European Union’s civil service, has in recent years increasingly come to play a more political role. In the 1950s, it started out as a technocratic international organization, but it has acquired many of the organizational features and behavioral patterns that are highly typical of the ‘normal’ executives in national settings. The election of the President by the EP fits remarkably well in this long time transformation which is known as the ‘normalization’ of the European Commission (cf. Wille 2013). It means that the Commission has increasingly become like a real government, with a clear divide between politics and administration.

Since the debate on the ‘democratic deficit’ in the EU in the early 90s, a long series of revisions in the Treaties (Maastricht, Amsterdam, Nice, Lisbon) changed the legal and political framework within which the Commission operates. The Commission has become subject to a broader set of checks and balances and a web of accountability arrangements has been woven around this EU executive. Particularly, the power of the European Parliament has significantly increased, not only in the drafting of legislation, but also in the democratic control and accountability of the European Commission. The Commission should therefore increasingly take into account the European Parliament. Each new Commissioner, for instance, has to appear before parliament and to answer questions.

The expansion of democratic accountability arrangements in the EU has politicized the appointment of EU commissioners in three respects: in the procedures of appointing commissioners; in the composition of the College; and in the career pathways of commissioners. Commissioners-designate face a thorough scrutiny by MEPs. The public hearings allow the parliamentarians to examine every candidate’s plans and priorities in the future job and to assess their competence on the portfolio they have been assigned. There are also clear expectations about representation that are translated into the composition of the EU Commission. The handling of its internal balances—political colors, new and old, small and large member states, and gender—conveys the message that the political factor is increasing in the College of commissioners. What is more, previous political experience seems to have become one of the job requirements for becoming a commissioner. The increased heavy-hitter political background of commissioners is a significant trend which has manifested itself since the first Commission.

The growing number of commissioners with a senior ministerial background indicates a move away from more narrowly technical-based roles, in the direction of a broader and more political approach. Commissioners are not quasi-civil servants but professional politicians. They are expected to set and legitimize the policy agenda, to seek sufficient support, to assure acceptance for new policy proposals, and they need to explain their policies to the outside world and are politically accountable to the European Parliament and the media. The introduction of the Commission’s five-year guidelines define the commissioners’ political missions, and has made it possible for the political level to exert stronger control over the design and execution of the policy-making process. This, in combination with the increased powers and presidential role of the Commission President, shows that the Commission is a more political body than ever before.

Where the recruiting procedures for commissioners have become more openly politicized, they have become more standardized and more guided by professional criteria for the Commission’s senior officials, the directors-general and the chefs de cabinet. The modernization of the Commission’s administrative system has resulted in a greater emphasis on the professionalization and the strategic and managerial capacity of the senior civil services.

Together these developments have resulted in a clearer separation of the political and the administrative parts. The notion of the Commission as a ‘pure hybrid’ has gradually disappeared. The establishment of distinct boundaries between the respective roles of commissioners, senior officials and heads of cabinet has promoted awareness of their own responsibilities. It is a key feature of the Commission’s normalization, which also is indicated by the stronger political direction and control over the Commission’s civil service.

This move to stronger steering capacity is clearly represented in the new political organization of the Commission. A college of 28 commissioners is too unwieldy to be a true College and too difficult to manage. President Juncker has come, therefore, to a new division of portfolios and responsibilities as an answer to the Commission’s new governing challenges. Some commissioners do not have their own exclusive portfolio, and some are junior to others. The number of directorate general’s are to be streamlined in accordance with the substantive portfolios. Such innovation requires an enhanced power of the president of the Commission in steering the organization. With a new clustering structure the Commission will be acquiring even more of the organizational features that are common in executives at the national level.

This article arose from Russell’s presentation at a UACES Arena seminar in Brussels on 5th December 2016. There were ~30 attendees at the event, including senior representatives from EU institutions, embassies, think tanks, and citizens’ groups.

Applications are open to present at an Arena Seminar in Spring 2015. The deadline for applications is Wednesday 11 February 2015.