‘How much Europe’, asked Tanja Börzel in the JCMS Annual Review lecture, ‘is necessary for effective and legitimate governance in Europe amid enduring crises?’ In her insightful and wide ranging diagnosis of the challenges facing the European Union, Tanja Börzel argued to an audience of scholars, students and policy-makers at Europe House in London that […] 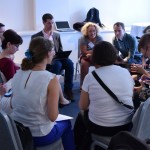 Following the Conservative party victory in the 2015 UK general election, Tobias Lock presents the key findings of a policy paper which resulted from a UACES Small Event grant funded workshop.

The study of the European Union (EU), as we all know, is a commitment to a particular set of theoretical attachments as much as it is an interest in the institutions within the region of Europe. Terms such as ‘multi-level governance’, ‘supranationalism’, ‘neofunctionalism’ and ‘liberal intergovernmentalism’ are seldom deployed outside of European Studies, or even […]

In this article, Soeren Keil looks at the EU’s more active role in the process of state (and nation) building in the countries of the former Yugoslavia. He argues that the EU’s technical approach to highly political issues has led to misconceptions between the EU and elites in these countries, and has in turn alienated citizens. He lastly offers some ideas as to how the EU might change its approach to enlargement to meet these challenges.

Academics studying the EU should be the real eurosceptics. Not only can we translate the greek word skepsis as “enquiry”, modern science owes much to philosophical and methodological scepticism. However, it seems that academics interested in the EU have struggled to come to grips with a the phenomenon of political euroscepticism which appears to be quite a different thing compared the philosophical notions of skepticism.