Janina Pescinski is a Leverhulme Trust Doctoral Scholar at Queen Mary, University of London in the School of Politics and International Relations and the School of Law. Her research takes an interdisciplinary approach to questions of migration, citizenship, and solidarity. 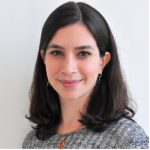 On October 25th, Tous Migrants, a French migrant advocacy organization, announced that it had filed an appeal with the European Court of Human Rights concerning the death of Blessing Matthew, a young Nigerian woman who died after crossing the Franco-Italian border. This appeal is based in part on new evidence in the case that came to light in an investigation by Border Forensics.

Blessing Matthew was 21 years old, from Nigeria, and had graduated high school there. She arrived in Italy in the autumn of 2016 but was unable to secure the right to stay or find work, so she decided to continue her journey. On the night of May 7th 2018, she crossed the border from Italy to France. Two days later her body was found in the Durance River, several kilometers downstream from the border. The sequence of events that led to her death was unclear until Border Forensics conducted an investigation to reconstruct the events. Using new witness testimony from one of Blessing’s fellow travelers, alongside additional evidence, Border Forensics conducted a spatio-temporal analysis to visually reconstruct the scene. Border Forensics has shown that French police may have endangered Blessing in a way that led to her fall into the river and ultimately to her death.

Border Forensics takes an innovative approach combining academic inquiry and activism with the goal of revealing border violence and seeking mobility justice. Their investigations bring together civil society, academics, and migrants and their families in a way that recognizes the distinct knowledge that each party contributes. This enables them to reveal new information about the violence that takes place at borders around the world. In Blessing’s case, the previous investigation by the French police was inconclusive with contradictory statements from the police who saw Blessing the night she died. The two attempts to bring the case to court in France were dismissed, so the new evidence from Border Forensics that has been brought to the ECHR is the last resort to seek justice for Blessing.

Blessing’s death falls into a larger pattern of police repression and violence at the Franco-Italian border. Migrants are criminalized for their mobility, facing verbal and physical violence from French police, and being refused entry to France despite their right to claim asylum. Residents of the town of Briançon and activists have mobilized in solidarity with migrants, running a shelter for migrants and going to the border and look for people who are in need of assistance after crossing. My doctoral research considers how citizens and migrants act in solidarity together in this region despite the threat of criminalization. I spent a year conducting fieldwork at this border, and with the support of a UACES microgrant, I was able to return after I had completed my fieldwork in order to share my findings with the people who have contributed to my research. As an activist academic, I seek to ensure that my research is engaged with community priorities and done in a way that is not extractive. Even though I am no longer in the field, collaborating with Border Forensics to translate the investigation and publicize it in English is a way for me to contribute and stay engaged in the cause for justice at this border.

Justice for Blessing: Contesting Police Violence at the Franco-Italian Border | UACES Chair’s Message — September 2022 | Obituary: Malcolm Anderson: Francophile and European (1935 -2022) | A Forgotten Episode of the British Left: British Eurocommunism between Gramsci’s Mythization and Thatcherism | Whither UK Higher Education Post-Brexit? Metaphors of Movement and Routes to the Future of Universities |