Dale Mineshima-Lowe is Associate Lecturer in Geography and Politics at Birkbeck, University of London. She has expertise in democratic transitions, governance issues like the Rule of Law and Access to Justice, within the EU and Central & Eastern European countries. Her current research examines data activism - how social activism and civil society networks are utilising data infrastructures & digital technologies for addressing social and democratic governance. 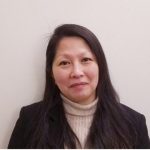 Since the Collapse of the Soviet Union and the independence gained in 1991 as one of the successor states of the former Yugoslavia, the Republic of North Macedonia (formerly known before February 2019 as the Former Yugoslav Republic of Macedonia – FYROM) has been developing its ties to the European Union (EU), having formally submitted its application for membership of the EU in 2004. As part of the larger process of relations with the EU and its democracy-building, North Macedonia like many other countries face the challenge of corruption. Corruption is a complex issue – starting with how it is defined and categorised, to how it is measured. While much research has been completed and published on the topic, examining ‘grand corruption’, ‘petty corruption’, bribes, nepotism and cronyism, a widely used but also criticised definition, promoted by Transparency International, is corruption as the ‘abuse of entrusted power for private gain’. It is from this basis of attempting to understand corruption to examining the development of methods and tools for combatting it, where my research really begins.

My research examines the corruption-fighting efforts in North Macedonia, looking at a developing sub-area of corruption research that focuses on the use of digital technologies to combat corruption. In particular, my research is two-fold: a) analysing the overall impact of the crowdsourcing platform, Transparency-Watch, on types or levels of corruption within the country; and b) considering the specific factors that have allowed for its creation, development, deployment and continued running over the past decade to-date. This crowdsourcing platform was developed a decade ago in a partnership between Transparency International Macedonia and the think tank, Center for International Relations (based in the US) with support from the National Endowment for Democracy, which is powered by the Ushahidi platform for collecting and mapping data collected. The ‘data’ are actual citizens reporting observed or experienced instances of corruption. These reports are submitted and go through a verification process by the Transparency International Macedonian team. The platform contains a mapping tool that allows citizens (and external organisations and individuals) to view ‘live’ data of reports geographically within a 5km radius, the types and categories of corruption reported, and the number of instances. The Transparency-Watch project serves as a case study of the use of digital technology for citizen engagement in anti-corruption efforts, as well as a case study for the growing field of literature on data activism

With the support from the UACES Microgrant I was able to complete interviews online with key individuals based in multiple locations globally, who were involved in the creation and development of the corruption reporting platform. The interviews provided a depth of understanding about the project’s origins that were not reflected in the official public and organisations’ documents analysed. The funding I received was invaluable, supporting me in the collection and transcription of the research fieldwork that had been deferred from 2021 due to differing covid restrictions between countries. The fieldwork has been an important step, not only for a specific collaborative work using the data collected and other future publications, but also towards re-developing the research side of my academic career. I am hopeful that this research will allow me to progress and shift the focus of my academic career from my current ‘teaching & scholarship’ associate lecturer post to one more research-focused.