“Small States and Security in Europe: Between National and International Policy-Making” 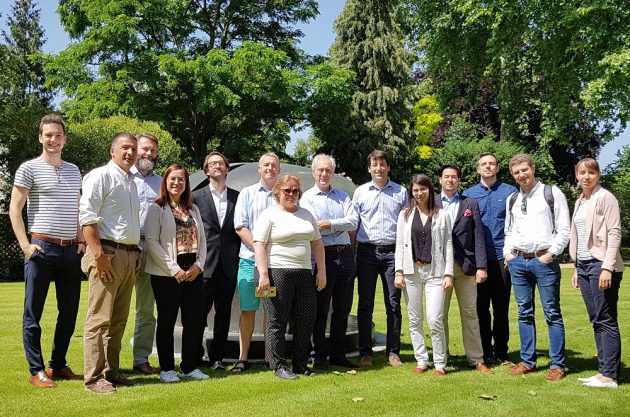 On 27-28 June 2019, University of Cambridge hosted a workshop on small states in European security, which was supported by the UACES from the Small Events Grant scheme. Organised by Dr Geoffrey Edwards (University of Cambridge) and Dr Tomáš Weiss (Charles University), the workshop aimed at identifying and discussing the specific position of small states in the highly institutionalised European security environment, and bringing together researchers with a similar interest to discuss future cooperation and collective projects. Participants arrived from all over Europe and happily engaged in a discussion over the topic and draft papers on a range of related issues (view the programme here). 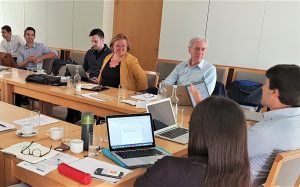 Deliberately broad in its scope, the workshop featured presentations on security strategies, security governance, defence cooperation, migration, as well as civil protection and geopolitics. Despite the breadth, there were recurring issues that cut across the various traditions, geographic positions, identities, and security areas. The specific character of small states’ security loomed big after each presentation, highlighting the dependence on and opportunities in the major security organisations in Europe, the European Union and NATO.

In particular, the workshop addressed the interface and interaction between small states’ policies in international organisations and their domestic deliberations. Often struggling to shape the policy at the international level, small states face difficult choices when their domestic perceptions do not match the views of their more influential allies. Be it due to the difference in strategic culture, tradition, interest or opportunity, small states and their governments need to reconcile pressures that are often irreconcilable and the workshop pondered about how they do it and with what results. 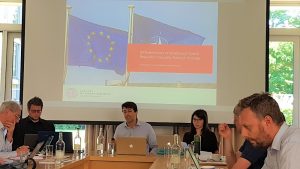 The domestic determinants featured very prominently in the keynote speech too, which was delivered by H.E. Tomáš Szunyog, the Czech Republic’s permanent representative to the European Union’s Political and Security Committee. Mr Szunyog introduced the historical framework that shapes the current Czech thinking about the EU and NATO as well as the Czech positions on individual policy issues. The lively debate that followed then unpicked the details of negotiations in the Council on security issues, the logic of coalition building on security issues, the autonomy of member states’ representatives on EU bodies and many more topics.

The rest of the workshop was organised into four research sessions. Two of them followed the content, namely the sessions on norms and strategies and on small states’ looks beyond European borders. The remaining two followed geography and focused on Central Europe and Benelux, and Scandinavia and the Baltics respectively, with papers comparing the behaviour of the individual countries in the regions and offering in-depth analysis of single country cases studies. 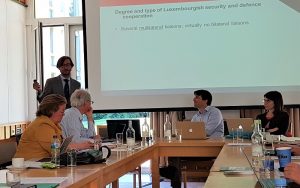 Above all, the workshop offered an opportunity for researchers focusing on the security policy of small states to meet and discuss future plans. And, there is quite some cooperation lined up. In September, researchers from the group will present two panels at the UACES Annual Conference in Lisbon. A book project on the domestic and international politics interplay in European small states’ security policy is being put together, and there are plans for an additional special issue on a different aspect of small states’ security policy. Meet us in Lisbon and get involved if you are interested! 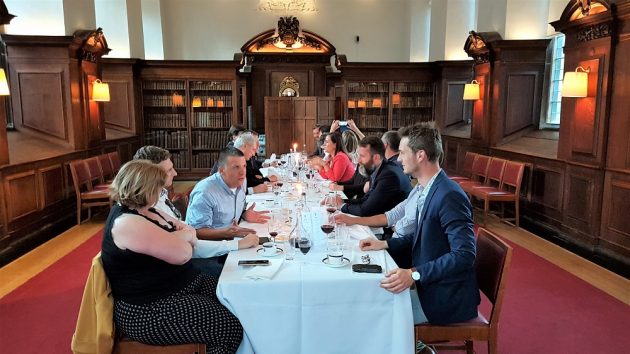