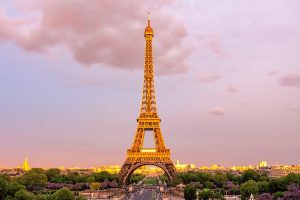 The 2019 European election campaign in France was framed by the French media as a rerun of the second round of the 2017 presidential elections. The dominant narrative centred on who would be the leading party between President Macron’s Renaissance Movement en Marche and Marine Le Pen’s Rassemblement National (RN) (formerly the Front National). In the end, the RN list led by 23 year-old Jordan Bardella topped the poll with 23.31% of the vote, with the President’s Renaissance list coming a close second.

In truth, the vote for the RN did nothing more than affirm the status quo; the party’s vote share was actually lower than at the previous 2014 European elections. Back then, the FN was also the leading party in France and polled 24.85% of the vote. With 22 MEPS the RN will have two fewer seats in the Strasbourg parliament than the FN did 5 years ago.

The vote indicates that the party’s electoral progress since the 2014 and 2017 contests has not been sufficient to illustrate that Marine Le Pen is capable of winning a potential second-round run off at the next Presidential elections in 2022. Based on the outcome of these elections in France, Marine Le Pen’s request to dissolve the National Assembly will be ignored by the president.

For President Macron, this was the first time that his party had participated in the European elections since founding his République en Marche in 2016. With a vote share of 22.41% and 21 MEPs elected, this was a reasonable outcome for the president. Given the ‘second order’ nature of European elections and the tendency for incumbent governments to take something of a hit in such contests, the result could certainly have been worse for the president and his party.

This is particularly the case considering the backdrop of the social and political unrest engendered by the Gillets Jaunes since November 2017. The president and his advisers will be relieved that the Gillets Jaunes movement was unable to clearly articulate itself at the ballot box with the former FN strategist Floriant Phillipot’s “Ensemble, Patriotes et Gilets Jaunes : pour la France sortons de l’Union européenne” list polling a miserly 0.65% of the vote. This relief will no doubt be shared by Marine Le Pen. Similarly, the Alliance Jaune of Francis Lalanne, which was calling for a Citizens Initiative Referendum, only polled 0.54%.

What has gone largely unnoticed in the immediate aftermath of the elections is the abject failure of the two main parties that have historically dominated the Left-Right politics of the French Fifth Republic (the Gaullists and the Socialists) – their combined vote share was around 15%! The Gaullist Républicain-dominated “Union de la Droite et du Centre” list polled just 8.48%, while the Socialist-dominated “Envie d’Europe écologique et sociale” list fared even worse with just 6.19%.

Given that, in European electoral settings, the Gaullist list polled 27.88% as recently as 2009 and the Socialists polled 28.9% in 2004, this ongoing decline of France’s two major governing parties of the modern era is perhaps the most significant development vis-à-vis the overall result. The rebirth of the Socialist party shows no signs of gathering pace (certainly while Macron remains in the Elysée Palace) and the Gaullist Républicains are still experiencing the fall-out from the Fillon scandal, unable to find a leader to reboot the party after the Sarkozy years.

Nor did the results pan out as hoped for Jean-Luc Mélenchon and his Radical Left France Insoumise. His list led by Manon Aubry (no relation to Martine Aubry, the Socialist Mayor of Lille and daughter of Jacques Delors) polled 6.31% of the vote. This was a slight reduction compared to the 6.91% polled in 2014 by the party in its previous guise (Parti de Gauche). Given the unrest in France, generated by the Gillets Jaunes Movement, and faced with such favourable demand-side conditions, this result will be a disappointment to the party.

While both the Socialist and Radical Left vote declined in France, it was the Greens that profited, finishing third with its Europe Écologie list, led by Yannick Jadot, polling 13.47% of the vote (with 12 seats). This was a notable improvement on the 8.9% scored in 2014 and closer to the Greens’ highest vote in France in 2009, when the list fronted by Daniel Cohn-Bendit polled 16.3%.

A combination of a well-run campaign, the growing salience of climate change as an issue and the weakness of parties on the Left enabled the Greens to position themselves as an emerging player within the French Party system. Notably, the success of Green parties elsewhere in the EU has also strengthened the traction of the French Greens as the second biggest party (behind the German Grunen) in the European Parliament’s Greens/EFA group.

In reality, the European elections in France did not illustrate any measurable shift to a more Eurosceptic or populist discourse in France. The unrest caused by the Gillets Jaunes does not appear to have had any discernible impact on the result either. More than half of registered electors (50.12%) participated, much in line with the 50.91% participation rate across the EU, which was the highest in 20 years. In France this was a noticeable improvement on the 42.43% turnout of 2014.

A clear majority of French citizens who participated voted for parties with a pro-EU disposition. Rival Euroseptic groups on the Right such as Nicolas Dupont-Aignan’s Euroscpetic Gaullist Debout La France and Francois Asselineau’s Ensemble pour le Frexit were unable to gain representation, suffering the same fate as the Gillets Jaunes and Radical Left lists.

What the 2019 European elections in France do confirm is the continued move away from the two main parties (the Gaullists and the Socialists). Furthermore, the result illustrates that Marine Le Pen’s RN remains unable to build on its existing electoral position, although it has seen off alternative Radical Right rivals.

Finally, it is clear that the president’s pro-EU Mouvement en Marche retains a solid rump of support despite the recent social and political unrest in France. Assuming he runs for a second term, this is likely to serve Emmanuel Macron well in his attempt to navigate through to the Second Round of the Presidential elections in 2022 and to win the French Presidency for a second time.

Please note that this article represents the views of the author(s) and not those of UACES.

Shortlink for this article: http://bit.ly/2Wcud4J 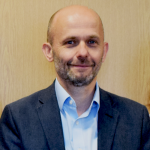 Nick Startin is a Senior Lecturer in French and European Politics at the University of Bath. His research focuses on the impact of Euroscepticism on domestic politics. He is a co-editor of the recently published Routledge Handbook of Euroscepticism and is the current Chair of UACES.