Kin-minority parties in a (dis)integrating Europe: Cross-border cooperation and irredentism in the European Union

My PhD project explores how European integration modifies the territorial demands of kinminority parties in Western Europe. Kin-minority parties are defined (1) by their claim to defend the interests of a particular national minority, and (2) by their perception that the minority they claim to speak for is part of a larger nation that constitutes the majority in a neighbouring kin-state. Kin-minority parties thus define their policy goals and strategies in between the poles of two, potentially antagonistic, nation-building projects: the one of the kinstate, and the one of the host-state.

My project inquires into how the multidimensional impact of European integration has modified the relationships between kin-minorities, kin-states and host-states, and how kinminority parties exploit these changes. It is expected that the “softening” of borders and the narrative of a “Europe of the Regions” in the early 1990s led kin-minority parties’ to abandon irredentist claims in favour of other territorial demands (federalism, devolution), whereas prospects of “hardening” borders following recent migration trends and Brexit are expected to reignite demands for border shifts. These expectations are empirically assessed through a qualitative analysis of party positions in South Tyrol and Northern Ireland.

The UACES/JMCT Scholarship has been used for an extensive fieldtrip to South Tyrol (Italy), and for a shorter research trip to the Historical Archives of the European Parliament in Luxembourg. During my four week-long stay in South Tyrol, I conducted 16 semi-structured interviews with former and incumbent politicians, mainly from parties that represent the province’s German-speaking population. Territorial demands within this camp reach from the preservation of existing autonomy arrangements to calls for independence or unification with Austria.

However, the latter two are minority positions. Data gathered from interviews was triangulated with information collected at the Provincial Archive in Bolzano/Bozen. These sources consisted predominantly of party documents (manifestos, campaigning material) and newspaper articles.

During the time of my visit to the region, I was affiliated to the European Academy Bolzano, a local research institution, as a guest researcher. This facilitated the exchange of ideas with local academics, helped me get very constructive feedback on my project and provided new perspectives on politics in the region.

My trip to Luxembourg allowed for an analysis of kin-minority party members’ activities in the European Parliament. Most significantly, the data collected at the EP’s archive helped trace the EP’s involvement in the Northern Ireland peace process, and MEP’s engagement with minority rights and cross-border cooperation more generally.

Both field trips were substantial parts of my dissertation project’s data collection phase. While the trip to South Tyrol allowed for an in-depth analysis of this particular case, my stay in Luxembourg provided more general insights into the EU’s involvement in relevant policy fields. Both trips contributed to the intensification of contacts with other scholars, which will be beneficial for my academic career beyond my PhD project.

Preliminary findings of my research were presented at UACES 2018 conference in Bath, and will be refined for a publication in the “Year Book of South Tyrolean Politics 2019”. 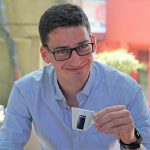 Patrick Utz is a research fellow and PhD student at the Centre on Constitutional Change, University of Edinburgh. His research focusses on the links between minority nationalism, kin-state intervention and European integration.