Report by UACES Scholar 2018, Kira Gartzou-Katsouyanni (European Institute, London School of Economics), on her fieldwork in Greece and Southern Italy.

Overview of my PhD

The aim of my thesis is to explain why intense inter-firm cooperation sometimes emerges in unfavourable settings, notably in Greece and Southern Italy. The starting point of my argument is that inter-firm cooperation is a way to help small firms overcome some of the disadvantages associated with small size, thereby becoming more productive. This is a key reason why several EU agricultural and rural development programmes directly privilege recipients acting in networks rather than in isolation.

Cooperation among businesses is particularly important in the Greek and Southern Italian settings, as both are characterised by a comparatively large presence of small firms. However, scholars of cooperation consider it unlikely that inter-firm cooperation will in fact emerge in those settings.

This is because beside the typical cooperation problems identified by political economists, economic agents in Greece and Southern Italy are seen as facing the additional barrier of operating in contexts which lack the institutional frameworks and cultural characteristics that have facilitated cooperation in other areas.

Yet, despite this expectation, several examples of inter-firm cooperation do exist in both places, and in some cases they are associated with the economic revival of entire areas. My dissertation studies the factors that affected the occurrence of cooperation such cases (which are poster-child success stories putting EU funds to good use) in the Greek and Southern Italian agri-food and tourism sectors, compared to otherwise similar (matching) cases where cooperation failed to occur, with a focus on social cohesion, political clientelism and participation in international networks as possible explanatory variables.

By doing so, it aspires to make a contribution to the political economy literature on cooperation, as well as to advance our understanding of how to achieve a major aim of EU local development policies and how to foster growth in Southern Europe the day after the crisis.

Goals of my fieldwork

My PhD research is based on a series of comparative case studies in selected areas in Greece and Southern Italy, and I rely on fieldwork to collect a large part of the required information on those case studies. Building on a previous pilot phase of fieldwork that I completed in 2017, the UACES Scholarship enabled me to conduct four such fieldtrips: a trip to Santorini, Greece (15-19/4/18); a trip to Molise, Italy (1-6/7/18); a trip to Ambelakia and Kozani, Greece (15-20/7/18); and a trip to Chios, Greece (21-26/7/18).

The aim of these fieldtrips was to explain the extent of cooperative efforts for the development of alternative tourism in rural villages that had been suffering from depopulation (Ambelakia, Castel del Giudice in Molise); for the valorisation of unique raw materials in the agri-food sector (saffron in Kozani, mastiha in Chios); and for upgrading quality and developing a collective brand name in the wine industry (Santorini).

In addition, I held informal conversations with several other members of the local communities to obtain further background information, attended events relevant to the history of local cooperative efforts wherever I had the opportunity (notably in Ambelakia and Chios), and collected different types of relevant documentary evidence (minutes of meetings, business plans, local rulebooks, etc.)

Reflections on the fieldwork

The UACES Scholarship enabled me to conduct an ambitious cycle of fieldwork, during which I collected the largest part of the empirical material that will inform my dissertation. I am deeply grateful for this support, because without it I would not have been able to conduct a research project that relies so heavily on the collection of new empirical information in the field.

Moreover, the process of applying for and managing the UACES Scholarship within a defined time period gave me the opportunity to gain valuable skills in planning and implementing a tight schedule of interviews in several regions of two countries, thereby contributing in a crucial way to my training as a qualitative researcher.

Overall, my fieldwork experience was highly positive, as I found that most stakeholders in my case study areas were willing to share their views with remarkable honesty and generosity. Doing this fieldwork was also very rewarding because in some cases, it gave me the opportunity me to discuss with the locals a set of innovative ideas drawn from the experience of other communities, thereby potentially making a small contribution towards a positive developmental trajectory for particular places; in order to magnify this effect, I intend to circulate my research findings among all interviewees during future stages of this project.

At the same time, of course I also faced some challenges, such as mistrust of my intentions by a few stakeholders, something that is not unnatural given that I visited some very remote areas and conducted interviews with many people who are not used to giving them, such as producers of agricultural goods. In that sense, my fieldwork experience was also highly educational, as I learned from those challenges and strived to explain my work a bit more clearly each time. 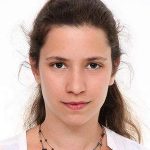 Kira Gartzou-Katsouyanni is a PhD Candidate at the European Institute of the London School of Economics. Her doctoral research focuses on the political economy of local development in Southern Europe, and she is particularly interested in the conditions under which economic agents can overcome collective action problems in order to achieve particular capabilities collectively. She is a co-author of “The Greco-German Affair in the Euro Crisis: Mutual Recognition Lost?” (Palgrave Pivot, 2018). Before going to LSE, Kira worked for a year at the European Commission in Brussels and Athens. She holds an MA in International Relations & International Economics from the Johns Hopkins School of Advanced International Studies (SAIS), and a BA in History & Politics from New College, Oxford.

Did Digital Technology Transform the DNA of the Practice of Diplomacy? | Is this the end of the Year Abroad for UK Modern Languages students? Time is running out for Erasmus | NORTIA residency at IBEI: from close interaction to social distancing | Political Justice and Multistakeholderism | UACES Chair’s Message — December 2019 |