This report was originally published on the NORTIA website 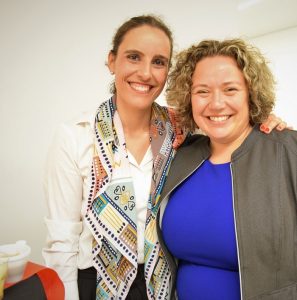 NORTIA celebrated its First Network Conference at IBEI Barcelona (hosted by Dr Robert Kissack and his team) during 6-8 June 2018. It was my first time participating in a NORTIA event, and the assessment cannot be better.  We enjoyed three days of colloquium about teaching and researching EU Foreign Policy. I feel that the most valuable aspect of taking part in conferences like this one is to engage with academic experts, from whose experience I can learn for my research. I believe their research track record and expertise can make a difference for my investigation. Discussion forums like this one bring the opportunity to rethink your work and feel inspired by your colleagues’ point of view and background.

I would like to emphasize the NORTIA emphasis on teaching exchange as it is not a topic that scholars normally discuss during conferences or networks. Teaching constitutes a significant part of our job and it should increasingly play a more relevant role in these forums. Putting in common teaching experiences and innovative tools is very valuable for all scholars but particularly juniors. Usually, PhD candidates concentrate its effort in learning different research skills but no one introduces them in the field of teaching, assuming that it will be learning by doing process. 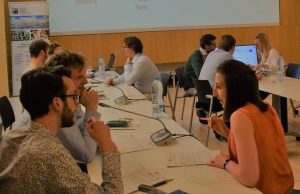 Contrarily, I believe that working on teaching should also be a corner stone of our formative period as scholars, and in so doing it would constitute a great difference in the benefit of our students. During this NORTIA meeting, we discussed “Why and how to use primary and secondary sources in teaching European Foreign Policy”. We exchanged about the benefits and the methodology to follow in order to introduce official and think tank papers into the teaching dynamics. In addition we could also share a great diversity of teaching experiences from senior researchers. 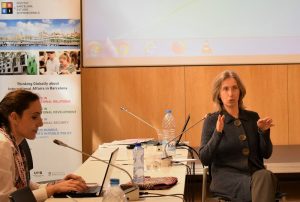 After the teaching workshop, we jumped into the central objective of this meeting, three research panels that looked at the current process of EU integration and particularly, Foreign Policy. The variety of papers have analyzed from different perspectives the current state of EU Foreign Policy, mainly characterized for dynamics of contestation and (de) Europeanization, contrary to what has been so far, namely lack of contestation and constantly progress towards member states Europeanization. In this small piece I will highlight some of the debates that I found more interestingly connected to both the development of the EU process of integration and to the debates that these days have captured the attention by media.

Another very timely and interesting topic has been brought to the table by Joana Jancz (Poznan University): Disinformation and Fake News. Here it is interesting to stress the fact that the EU lacks a common definition about Fake News, which makes us more vulnerable.  In addition, it has been argued that disinformation can reduce trust in the EU, indispensable if we think about the next year EU Parliament elections and the effect that a giant like Russia can have on them. Should we be worry about it or populism has nothing to do in fighting contrary to the EU integration project and its values? The discussion is open.

This unresolved question leads us to the next panel which was about populism dynamics and domestic contestation in the EU and its effect on EU foreign policy. Without doubt Turkey and the EUGS, among others, were the protagonists. In this regard ÖzlemTerzi (College of Europe and Istanbul University) has emphasized the two level game dynamics that the EU member states play regarding Turkey. This because while at domestic level the member states refuse any approximation to the Turkey regime, at EU level they seem more committed to the idea of preserving good relations with this third country on a candidacy basis. Regarding contestation NielsVan Willigen (Leiden University) stressed the concept of strategic autonomy in the EUGS and the lack of capabilities that the EU has in order to accomplish with this goal.

The last panel focused on the EU foreign policy construction and here I would like to emphasize the role of Brexit in the future development of this area of integration. The future role that UK will play in EU Foreign Affairs will be object of great scholarly attention. Richard Whitman (Kent University) has not doubts about the fact that a status of privileged partners would be necessary. After Brexit, the UK will still have an impact on the CFSP agenda setting and development.

Finally, I think we should bear in mind the idea of process that is what characterizes the EU integration. The EU is a project which is still under construction and because of that, the options for its further development or its contestation are open. What I think it is a great step further towards the EU politization – for the good and for the bad – is the fact that Europeans feel comfortable enough to criticise what they think the EU is doing wrong, and to emphasize what they would like this supra-state institutional process to be.

To conclude, I would like to thank very much the NORTIA Team, particularly Heidi Mauer and Karolina Pomorska for bringing me the fantastic opportunity of taking part in these discussions on the EU process of integration and Foreign Policy as well as the chance to strengthen networks which can lead to work on new projects. I am especially grateful to NORTIA and UACES for supporting me and other junior scholars in furthering our careers.

Paula Lamoso is a Phd Student at Autonomous University of Madrid researching the setting up of the European External Action Service (EEAS). Paula uses an intergovernmental and rational choice point of view, while at the same time stressing the role of EU institutions in the bargaining process. Follow Paula via @PauLamGon.