On the second anniversary of the British referendum and the “Leave” vote, this international workshop hosted at the University of Mainz addressed the impact of Brexit on external partners’ perceptions of the EU and, by extension, on EU foreign policy.

The event was supported by a UACES Small Event Grant, the Erasmus+ program of the European Union and the Fritz Thyssen foundation. 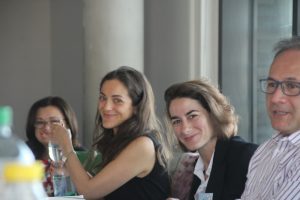 Brexit has inspired a wealth of research, all of which is challenged by capturing a  ‘moving target’. From Prime Minister May’s statement that “Brexit means Brexit” to the current crisis of government in London, any statement on the outcome of the EU-UK ‘divorce’ negotiations remains speculative.

To date, Brexit has encouraged a ‘navel-gazing’ by academic and political commentators. At the same time, the consequences of the UK’s exit on foreign policy and the wider world remain on the periphery of scholarly inquiries.

This research oversight was addressed by participants of an international workshop hosted by the Jean Monnet Chair of European Integration at the Johannes Gutenberg-University of Mainz on 28 and 29 June 2018.

On the initiative of Natalia Chaban (National Centre for Research on Europe, University of Canterbury, New Zealand), Arne Niemann (Jean Monnet-Chair, JGU Mainz, Germany) and Johanna Speyer (JGU Mainz, Germany), 16 international experts discussed the impact of Brexit on the perceptions of the EU in multiple countries from the global regions defined by the EU Global Strategy as priorities of EU foreign policy.

Participants explored EU perceptions in the USA, Canada, Mexico and Brazil (the Wide Atlantic region), South Africa and the MENA region (Middle East and Africa), India, South Korea and Japan (Asia), as well as Ukraine, Russia and Turkey (the Southern and Eastern Neighbourhoods). 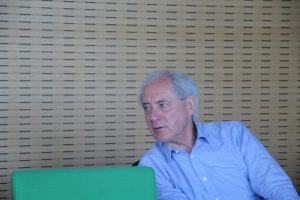 Engaging with innovative theoretical and empirical approaches, the workshop focused on external recognition of the EU and tackled two challenges — the Eurocentric bias currently dominating research on Brexit and the uncertainty of Brexit complicating systematic reflections. This uncertainty, triggered by the British referendum campaign in the past, the subsequent vote and the ongoing conflicting negotiations on exit, has already influenced EU perceptions: Brexit tarnishes the success story of European integration that lies in the heart of both the EU’s self-conception and external visions of the Union. Participants’ contributions argued that external perceptions of foreign policies and their effectiveness impact behaviour that matters in international relations.

The workshop featured papers informed by a range of theoretical models from several disciplines (IR, political science, European integration, communication, linguistics, political psychology, sociology) exploring productive conceptual synergies. Contributions also demonstrated application of diverse methods when studying EU perceptions before and after Brexit in their respective country cases. While a number of participants chose to explore elite perceptions in a greater detail, presentations also considered EU images coming through international opinion polls of public opinion as well as media coverage (both traditional and social media channels). The workshop has successfully contributed to the arsenal of methods and innovative theoretical potential of the EU external perceptions field. 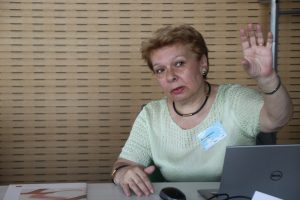 External perceptions were not of primary concern in the course of the British referendum. However, recently they are gaining in importance, both for the EU and the UK specifically. While the UK’s Government is looking into a new narrative of “Global Britain”, there is an increasing realisation within the UK that it is dependent on other states’ willingness to conclude free trade agreements. In one example, the UK is looking towards India for such an agreement (as a Commonwealth member whose diaspora in Britain mostly supported Brexit). Yet, Indian elites seem to have shifted their interest to Germany (in the field of economy) and France (in the field of security), perceiving them as more predictable beneficial partners.

In all country case-studies, the election of Donald Trump as the President of the USA was a leading factor that heightened the salience of Brexit globally and, in most cases, impacted positively on the perceptions of the EU. This is especially true for Mexico that is assessing the EU against the foil of Trump’s hostile rhetoric on Mexico. On the other hand, Canada and the USA witness a politicization of their relationship to the EU, hence long-standing alliances with the EU are no longer seen as neutral and taken for granted, but become an issue of party politics. 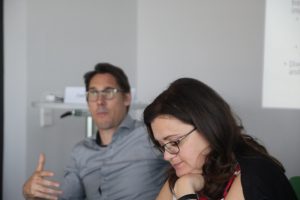 The workshop has enabled a productive conversation between the leading experts in the field of EU external perceptions and allowed to uncover convergences and divergences in how the EU — impacted by uncertainty surrounding Brexit — is imagined around the world.

The results of the workshop will be discussed during two panels on External Perceptions of the Brexit and their Influence on EU Foreign Policy at the 48th UACES Annual Conference in Bath (2-5 September 2018) and published in an edited volume in summer 2019.