The Museum represents the world’s only one of its kind. It was founded in January 2017 by Jasminko Halilović, answering the question of whether it is possible to help the trauma of growing under siege and seeking to create the largest archive related to the experience of growing up during wartime. It offers an immersive experience through the children’s eyes (pictures, artifacts and over 150 hours of video interviews), a unique experience at a time of reconciliation and democratization, and has recently won the prestigious Council of Europe Museum Prize. 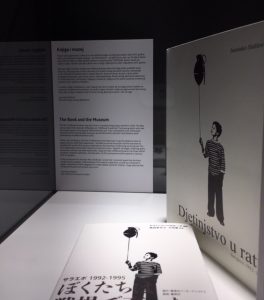 Halilović speaks about of a charged challenging political environment and the contribution the Museum can make at similar situations. “There are a couple of official narratives about the war that are usually accepted, and when something is going beyond these narratives it can be challenging”, and the Museum’s executive director, Amina Krvavać, adds, “More than 20 years after the war, there is no common ground on historical perspective of what happened,” with each side sticking to its own version of the past. “We are stuck,” she says.

Bosnia and Herzegovina is specific in the region, in most of the countries in the Western Balkans have a dominant memory narrative, and a group dominates the political and social context. In the case of Bosnia and Herzegovina, there are three constitutional legitimate groups and three official memory and ethnonational identity narratives. Within this challenging landscape, the Museum open a public space supported by crowdfunding and volunteers and adopted reconciliation by sensitivity without any official, formal or informal recognition at the local and national levels, showing the success of grassroots experiences in the everyday.

These experiences are the focus of the analysis in the UACES panel and in the final CRN EUEve event held in Brussels, in October 2018. The project and the next workshops examine non-traditional responses to political problems and questions of democracy, such as ʻoccupationʼ of public spaces in response to austerity, or in the grassroots activism, that is represented and magnified by the War Childhood Museum, bringing to light the challenges of institutionalization of alternative democratic actors and the application of conflict sensitivity to transitional justice.

The final event, EUEve: Europe and the Everyday, leading towards future projects, will be held at the European Parliament (Alcide De Gasperi venue), with MEPs and established scholars, on sharing good practice, policy learning and capacity building in the Western Balkan region, on the 18th October 2018. 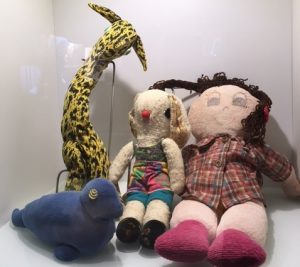 A Group of Happy Dolls | My grandmother Jovanka made these toys. My sister and I wanted a giraffe, but we did not have a pattern, so we told our grandmother what we wanted it to look like. First, we built a wireframe. Then, we covered it in sponge and rags. Only after that, did we sew its “skin”. Its neck was too long, and it would always topple over. The seal was our “secret weapon”, because my younger sister and I primarily used it to beat each other. Our mischief left a mark on its fabric, particularly around the tail. The doll was called Baby. Her dress was an old blouse of mine that I wore when I was only a few months old. The bunny’s name is Goran, and he was sewn from an old dress and coat. He was my favourite toy. Amra, 1986 Tuzla

For more information on the UACES CRN on “Europe and the Everyday (EUEve)” please see: https://europeandtheeveryday.wordpress.com/