To mark International Women’s Day, we’re bringing you a round-up of work from UACES members, journals and blogs, on issues related to gender in European Studies or in academia more generally.

We’re also including memories from UACES events and activities that celebrate the women of the association.

This post will be regularly updated on 8th March and in the subsequent weeks.

If you are a UACES member and would like your piece featured below please email admin@uaces.org

a snapshot from plenary on academia & activism yday I was honored to participate in-btw great gender balance on all 3 plenaries 💜 #uaces2017 https://t.co/QdK1revyTP

Launched in February 2018, GES brings together a rich and growing body of work in the area of gender and EU politics and policies, with the intention of mainstreaming gender and feminist approaches in EU studies. The CRN seeks to encourage the further development of this scholarship and encourage the dissemination of key findings within mainstream outlets. The network brings together established and early career researchers in a supportive environment aimed at producing high quality and rigorous research outputs.

GES seeks to explore and challenge the obstacles which curtail feminist influence in EU Studies and leave gender analysis on the periphery. The CRN thus has two co-constituting aims:

UACES does not take responsibility for opinions expressed in these resources. All opinions are those of the stated authors.

If you are a UACES member and would like your piece featured, please email admin@uaces.org 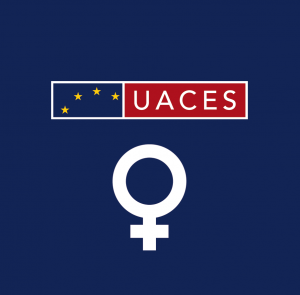