Russell Foster is Leverhulme Fellow at the Department of European and International Studies, King’s College London. 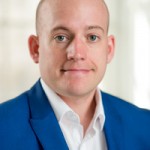 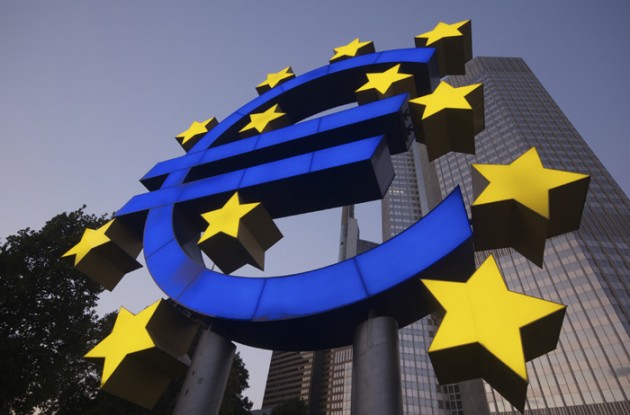 “Let us be honest in our diagnosis,” said EU Commission President Jean-Claude Juncker at the September 2016 Bratislava Summit, “our EU is facing, at least in part, an existential crisis.”

Since September 2016, Juncker’s words have become even more pertinent. Austria may have voted against its far-right presidential candidate and the Netherlands may have returned an establishment rather than openly nationalist government, but the EU’s existential crisis has not gone away. Indeed, it has grown worse. Why?

The answer is that the European Union lacks emotional appeal. It lacks the loyalty of its citizens. Due to a combination of structural and spontaneous problems, the Union has acquired the powers of a state but none of the legitimacy. And out of all the problems facing the EU today – economic malaise, financial instability, rising unemployment, impotence in the face of Russia, and the threat of a second migration crisis which the weakened Union cannot survive, the most severe threat facing Europe is internal. The greatest threat is that people do not feel European. Indeed, people are feeling less European than ten years ago. European policymakers have sought to enhance European-ness, through symbols and visual language, since the 1950s. Since the signing of the Treaty of Rome, the drive for European unity has been predicated in neo-functionalist theory, stressing economic co-operation and assuming that a ‘supranational’ European identity would be formed from the ‘spillover’ of this integration. Simultaneously, increasing intra-European communication encouraged the perception that greater contact between Europeans would result in the lessening of parochialism while encouraging an identity as “European”. The EU has sought to build upon this presumed “sameness” to engender a “European” identity expressed through symbolism. Today, amidst continuing EU crises, this ‘Gospel of Jean Monnet’ continues to form the basis of EU policy. This may have been an astute stance during the nascence of unified Europe, but since the Maastricht Treaty (1993), and particularly since the introduction of a common currency alongside rapid expansion, Europe has developed from an economic community to a political union whose socio-political impact is increasingly visible. Like the symbols of a nation-state or political, ethnic, or cultural community, the EU’s symbols convey distinct meanings. However, the meaning conveyed by the EU’s current symbols is not agreed through social convention but imposed from above. For EU policymakers, these symbols communicate the very concept of a united Europe. But for Europeans who interact with these symbols in everyday life, different meanings can influence political behaviour.

As has been demonstrated by emotionally vicious campaigns across Europe since the return of a largely sceptical European Parliament in 2014, the emotional significance of “Europe” has changed. For many it no longer represents the hopes and dreams of peoples emerging from the horrors of the New Order; it is no longer the symbol of a prosperous, confident West contrasted against the “Other Europe” shackled behind the Iron Curtain. Now, for many Europeans the EU is not the alternative to the status quo – it is the status quo, what Pope Francis in 2014 called “somewhat elderly and haggard”. As a result the EU has become a symbol for popular frustrations at a gulf between unelected leaders and unconsulted citizens. It has long been recognised that a European community relies upon the emergence of a European identity. But for an EU struggling to legitimise its existence what does it mean to feel European? The answer is that European-ness is formed in the vague, emotionally-charged realm of symbolism.

Currency symbols are significant for two related reasons. First, currency is one of the most powerful adhesive forces binding a community together. People who have never met one another and who may have nothing else in common, are unified by exchanging coins and notes which represent their common community. Second, in difficult times currency acts as a litmus test for public faith in the validity of that community and its leaders. Because physical cash is devoid of any actual value, it is given value only through the symbols printed and minted on its surfaces. These symbols act as unifying icons for the community, expressing the community’s history, heritage, and shared identity through emblems and symbols which are commonly recognised by the community’s inhabitants. National governments therefore imprint currency with symbols of the community’s cultural and political heritage, but the EU has not done this.

Current designs were chosen in 1996 at the height of Europe’s self-confidence, via a competition. The overwhelming majority of shortlisted entries depicted recognisable, tangible symbols from Europe’s cultural heritage – statues, paintings, actual monuments, or the portraits of famous artistic, cultural, and scientific figures from classical Greece to the late twentieth century. The winning entry, by Robert Kalina of the Austrian National Bank, was selected by the young Commission precisely because it avoided any actual artefacts from Europe’s history. Instead, his designs depicted a “Europe meant to be everywhere and anywhere”, symbolised by stylised bridges and gates intended to symbolise “the European spirit of openness and cooperation”. The resulting designs were what US journalist Fareed Zakaria called “Money for Mars”; iconography which is not only devoid of European faces and European accomplishments, but is devoid of anything connected to reality. Now, in a period when European identity is threatened from within and beyond the Union and while Europeans are wrestling with the question of what it means to be a European, these abstract, postmodernist icons are no longer capable of appealing to a common identity. Rising nationalism and Euroscepticism are not just the consequence of the EU’s structural flaws, they are symptoms of Europe’s identity crisis. Who are we? What connects us as a continent, as a civilisation, as a people? Not Europe’s trade links. Not Europe’s byzantine governance system. And not the post-Cold War dream of federalism and ever-closer Union, now a half-forgotten memory. What connects the community of Europeans, like any community, is shared culture and heritage. It is to this element that the currency’s symbols should appeal.

Europeans today increasingly question the validity and authority of a democratically deficient quasi-government in Brussels. To regain public trust and start building the legitimacy necessary for people to support its continued existence, the EU needs to appeal to citizens’ emotions. The euro currency is not only a symbol for Europe. It is a symbol for the EU’s most serious problem – that the Union’s power has grown faster than the collective legitimacy on which that power depends. In spite of a symbolic surge of European-ness in the UK following Brexit, the EU simply lacks the emotional appeal of nation-states. Indeed, the EU was never supposed to have an emotional dimension. People do not feel emotionally loyal to NATO or the G7 or the United Nations Security Council, because these are distant, elite entities which have little to no impact on the everyday lives of people whose governments are part of these organisations. Before 2002, Europe belonged to the same category – a distant technocracy. Today, Europe is no longer a distant organisation but an idea which raises visceral emotions. This is the context in which euro symbols increasingly express, in popular imaginations, a distant, uncaring, and unelected interloper. And this is why Europe’s symbols need to be reformed in order to appeal to Europe not as a drab technical network, but Europe as a civilisation. Something that people can feel a part of.

My ongoing project, “#YOUrope”, involves European citizens in reforming the EU’s symbols and iconography to better reflect what it means to be a European, and to create new symbolism which appeals to Europe’s heritage and achievements by issuing currency with real, tangible icons of real, tangible accomplishments by Europeans. Art, architecture, scientific breakthroughs – these are just some of the fields in which historical cross-border co-operation has created some of the defining artefacts which make Europe what it is.

By adopting new iconographies which reflect Europe’s culture and heritage, Europe can take one small step closer to rebuilding the relationship between the visions of its leaders, and the trust of those hundreds of millions of people without whose support, Europe cannot endure.

This article arose from Russell’s presentation at a UACES Arena seminar in Brussels on 5th December 2016. There were ~60 attendees at the event including representatives from EU institutions, think tanks and business organisations.