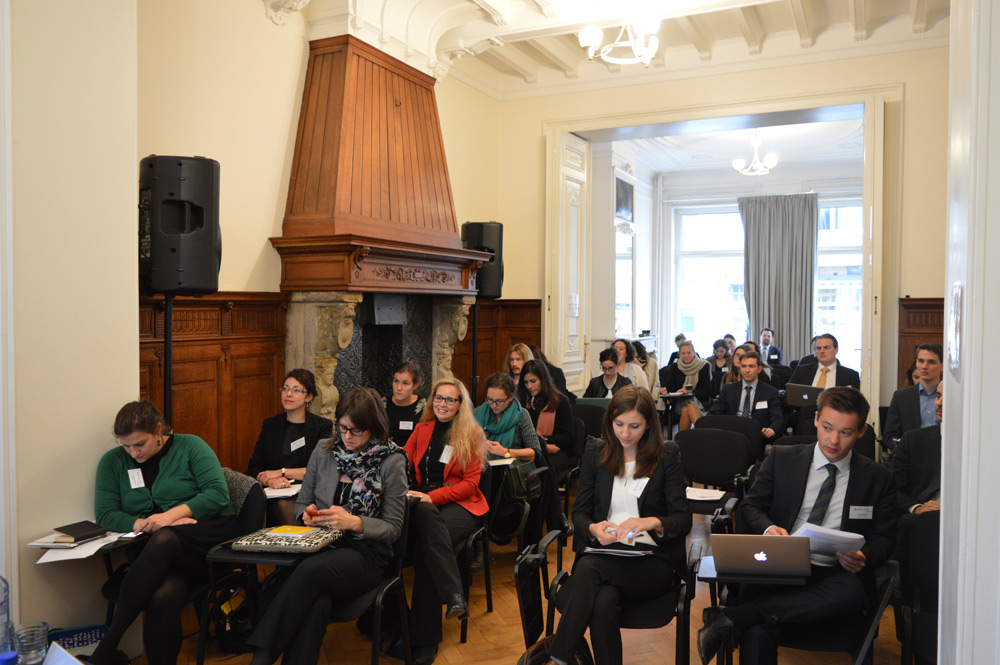 The workshop brought together scholars of international standing and with a background stemming from different policy fields. The aim of the workshop was to reflect on the topic of data protection from various perspectives. The event was broadly advertised, open to the public and well attended. The audience was composed of members of the European institutions, international organisations as well as students and/or researchers from various universities.

The second panel was concerned with the interaction between data protection, EU competition and tax policies. This panel examined how data protection is often sacrificed in the name of effective public administration.

The third panel discussed the tensions between freedom of expression and data protection concerns. The tensions have been explored from the perspective of the Court of Justice of the EU, the European Court of Human Rights and the US Supreme Court in order to establish interesting similarities and striking differences.

The final panel examined the problems connected to the protection of personal data and effective judicial protection. The panel discussions showed that data protection violations are not often effectively remedied in the EU legal order.

The concluding speech was delivered by the workshop convenors who, after summarising the main findings of all contributions, attempted to provide some horizontal/transversal conclusions on the dynamic equilibrium between data protection and conflicting interests in the EU, by highlighting the roles, which EU courts and legislators may play in solving these tensions.

The Maastricht Journal of European and Comparative Law (a very reputed peer-reviewed journal in the field of European law) has confirmed its willingness to publish the proceedings of the workshop in a special issue in June 2016.

This event took place in Brussels on 19 October 2015 and received support from a UACES Small event grant.