Dr Tim Oliver is a Dahrendorf Fellow at LSE IDEAS. His research focuses on UK politics, UK-EU relations and transatlantic relations. Educated at the University of Liverpool and the LSE, he has worked in the House of Lords, the European Parliament, the German Institute for International and Security Affairs (Berlin), the SAIS Center for Transatlantic Relations, and the RAND Corporation (both in Washington D.C.). He has taught at LSE, UCL and the Royal Military Academy Sandhurst. 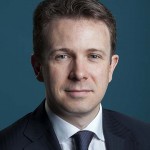 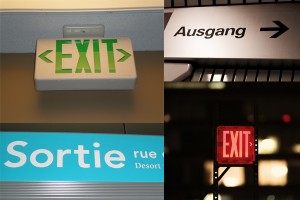 Scan any newspaper article, click on any blog post or read any academic paper on the subject of Britain leaving the EU and you’ll find the focus is on what it would mean for Britain and whether or not it will happen. This seems logical enough, but it leaves a gaping hole in the analysis.

Discussing a Brexit should also be a discussion about Europe and what European integration would mean if the people of one of the largest European states – a state that is a core part of European identity, politics, economics, culture and power – democratically voted to quit the leading organisation for pan-European cooperation and unity. That would not be an insignificant moment in the history of the EU.

Discussing the withdrawal of any member state is a taboo. Holding an in-out referendum – not on a treaty, the Euro, or on joining the EU, but on whether to stay or go – itself breaks new ground irrespective of the result. It challenges the idea of ‘ever closer union’.

To be fair, Europe currently has to face the more immediate question of a possible Grexit. It might also appear to play to David Cameron’s plan (should he win the May 2015 UK general election) to seek a renegotiated UK-EU relationship, a plan that rests on the leverage of a Brexit.

Yet decision makers have already grappled in some way with the Brexit question. While lots of member states could hold referendums that would wreak havoc on any new EU treaty, it is the possibility of a British one being an in-out vote that has given a greater pause for thought than most.

What nobody is spending any significant time doing when they pause to think is asking whether or not it would be a good or bad thing for the EU to lose the UK. To borrow from President Lyndon Johnson: is it better to have the UK inside the EU tent pissing out, or outside the EU tent pissing in? There is next to no publicly available detailed analysis to guide us towards an answer.

This does not mean that politicians from elsewhere in the EU should wade into the UK’s debate, a move that could inflame feelings in the UK of EU interference. But on what are they or anybody else basing their comments, decisions and analysis about how to approach the possibility of a Brexit? Ed Miliband, the leader of the UK’s Labour Party, warned that the UK risks sleepwalking out of the EU. The EU itself risks being asleep as the UK sleepwalks out the door.

The academic literature offers only limited answers. There have been only a few in-depth attempts to analyse how European disintegration might happen. The assumption is that European integration is forward moving; that the EU is like a bicycle that must keep going forward to stay upright.

A Brexit would test many theories and ideas of what European integration means. It may be that if Britain retained a strong connection with the EU then the essential components of some theories would remain valid. Some might explain a Brexit as an interesting but irrelevant anomaly if the rest of the EU carried on integrating.

A Brexit could change the EU in a number of ways. The EU’s centre of power could shift further east, from larger to smaller states, from economically liberal and outward looking to more protectionist, interventionist states. It could strengthen the position of Germany, or leave Berlin economically isolated.

Losing the member often described as ‘an awkward partner’ could make it easier for the EU to work, or remind us that Britain is not the only state that can be awkward. Some fear a Brexit will unravel the EU by making other states question their commitment, but the same is said of Cameron’s desire to seek a renegotiated ‘a la carte’ relationship for Britain inside the EU.

Switzerland, Norway, Turkey or Ukraine could find their relationships with the EU reshaped by a new UK-EU relationship. The rest of the world may view the EU’s loss of one of its two serious military powers as a sign of Europe’s continued decline, division and weakness. Such geopolitical thinking will likely shape the views of a Brexit by powers such as the USA, Russia or China.

It is geopolitical thinking that will inevitably shape the views of the rest of the EU. The focus on Britain is a weakness of the Brexit debate. Start a debate on the topic of what a Brexit would mean for the EU and it inevitably turns to what it will mean for Britain. But this is a debate about Europe. It will be concerns about the knock-on effects across Europe that will guide the reaction of other EU states whether they are Germany, Finland or Slovenia. Bilateral trading, security or political links with the UK will be important, but decision makers across Europe will look at the wider picture as being a bigger concern.

The focus on Britain also means that debate in Britain overlooks how others might react to the wider ramifications of it leaving. Often stale and never ending arguments about what new relationship with the EU the UK should seek if it leaves ignores the fact that it will be for the rest of the EU – 27 member states and the European Parliament – to also agree to the new relationship.

Britain cannot just expect to get what is best for it. The British withdrawal debate is largely ignorant of a basic factor of any relationship: that it is a two-way process. What the rest of the EU agrees to will reflect the changed political makeup, outlook and interests of a post-Brexit EU.

It could be that there will be no referendum. It could be that even if there is one, the British people will vote to stay in. But Britain’s reputation as ‘an awkward partner’ is unlikely to disappear. Scotland’s independence referendum reminds us that a vote to stay in a union doesn’t mean commitment is settled. The possibility – along with the desirability or undesirability – of a Brexit could hang over the EU for a long time to come.

This article arose from Tim’s presentation at a UACES Arena seminar in Brussels on 20 January 2015.

Applications are open to present at an Arena Seminar in Spring 2015. The deadline for applications is Wednesday 11 February 2015.

– Other images used are under public domain licensing