Over the last two decades, the world has witnessed the economic resurgence of Asia and the region is now a top priority in all global players’ agenda. In 2011, the US made official their strategic pivot to the Asia-Pacific, and decided to strengthen their trade relationships and their diplomatic presence with a heightened security presence. The announcement of a US ‘pivot’ to Asia by Obama, took place in the context of the US rebalancing its interests away from the Middle East since this region took centre-stage in US foreign policy in 2001. The 2011 ‘pivot’ announcement reassured many Asian allies that the United States would make Asia an economic, political and strategic priority of US foreign policy, but it alarmed European allies that this policy would take place at Europe’s expense1.

Meanwhile, some EU observers in Asia have recently suggested that the EU has embarked on its own ‘pivot’ to Asia2. 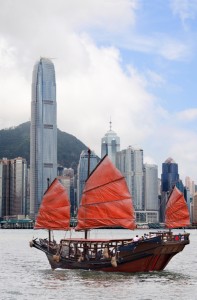 I argue that the EU’s actions since 2012 do not constitute a major strategic shift to Asia. The EU is a major economic player in Asia and its appreciation of Asia’s economic rise, and trade and investment strategies since the Commission’s ‘New Asia Strategy’ in 1994 demonstrate that the EU’s recognition of a shift in economic power to Asia goes back at least two decades. Since then, political and even security instruments have been used to advance EU interests in this part of the world. However, the major limiting factor to a real strategic ‘pivot’ to Asia has been the EU’s unwillingness and inability to deploy ‘hard’ security instruments in the region3.

The members of the Five-Power Defense Arrangements (FPDA) –the UK, Australia, New Zealand, Malaysia and Singapore – have been holding regular joint military exercises since the FPDA was established in 1971. Essentially a series of bilateral defense relationships, the FPDA provides for defense cooperation and for an Integrated Air Defense System for peninsular Malaysia and Singapore. There is otherwise no permanent European military presence in the region except for small French bases in the South Pacific and in the Indian Ocean4. This scanty European security presence makes many Asians skeptical of the utility of a greater role for the EU in regional security discussions beyond the ASEAN Regional Forum (ARF) where the EU is already present; the Shangri-la Dialogue (attended by ‘Big 3’ Member States rather than the EU since 2002); and the Council for Security Cooperation in the Asia Pacific (CSCAP), where the EU made a return in June 2014 after a 10-year absence.

While the United States is a full-fledged player in Asian economics, politics and security, the EU is typically viewed as a declining, one-dimensional (ie. economic) power in Asia, overly focused on China and, to a lesser extent, India as the emerging drivers of the world economy. ASEAN is a region with a population of over 650 million people in 10 economies, which are rapidly developing. To take the example of one member state, Indonesia – the largest ASEAN country – has a huge population of 238 million and a fast-growing economy that is expected to overtake that of Germany, the largest EU member state, by 2030.

The European Union has held and pursued economic interests distinct from those of the US with regards to the major actors in Asia. But pursuing an economics-first policy makes for an unbalanced presence in Asia. The EU’s ‘market power’ and its share of world trade is still impressive, but this proportion will slide as a percentage of world trade with the rise of other trading powers (like the BRICs). Most analysts expect the EU’s share to fall from the current 25% to 15% of total world trade. The EU has already fallen behind the US in concluding free-trade agreements in Asia, the most economically dynamic region in the world. Should there be delays or problems ratifying the EU-Singapore FTA (concluded in 2012), the EU’s reputation in the Asia-Pacific would be severely damaged.

In terms of CSDP, the EU has only deployed one military operation in East Asia: monitoring the resolution of hostilities between the Indonesian government and the Aceh independence forces in the Aceh Monitoring Mission (2005-6). Of course, it has played a very useful security role in conflict resolution and crisis management areas: co-mediating and hosting the Paris Peace Agreements that ended the Vietnamese occupation of Cambodia (1991), helping with police training in the democratic transition in Myanmar (2013-14) to name other examples. But if the EU hopes to count or be consulted in shaping security outcomes in Asia, then it has to step up to a more visible and active role in traditional security issues, in partnership with Asian states and the US5. It should also ensure that the High Representative participates annually in the ARF, and that appropriate high-level defence representatives take part in ‘Track I’ security fora like the Shangri-la Dialogues and ‘Track II’ fora like CSCAP.

The EU’s preference for multilateralism, its use of non-threatening soft power resources and its economic engagement in Asia can be used to better effect to shape regional structures in the Asia Pacific region. But it also needs to better deploy hard security instruments like the CSDP in order to have any impact on the future architecture of Asian institutions.

It increasingly does not suffice for the EU to dismiss security in Asia as a “US concern” (implying a division of labour between the EU for the Middle East, North Africa and Eastern Europe; and the US for the rest of the world). With rising Asian states competing with the EU for resources and trade in Africa, and increasingly, bringing their interests right to the EU’s ‘home’ turf in the Atlantic region, the EU is, by default, already implicated in Asian security concerns and competition- whether these concern security in food, energy resources, minerals, raw materials, commodities, or climate change.

3. Gudrun Wacker, “Good suggestions, but the EU can do even more”, 7 January 2014. See http://europesworld.org/commentaries/good-suggestions-but-the-eu-can-do-even-more/.

This article arose from Reuben’s presentation at a UACES Arena seminar in Brussels on 21 May 2014. There were ~30 attendees at the event, including representatives from EU institutions, think tanks and business organisations.

Applications are open to present at an Arena Seminar in Winter 2014. The deadline for applications is Friday 19 September 2014.

Reuben Wong is Associate Professor in the Political Science Department at the National University of Singapore. He also holds a Jean Monnet Chair in European Integration and Foreign Policy.

View all posts by Reuben Wong →

One Response to Power shift? The EU’s pivot to Asia